Buffett set to hand over reins of Berkshire Hathaway 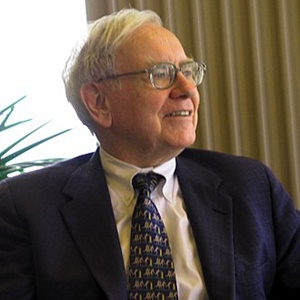 Buffett, dubbed as the "Oracle of Omaha," is 89, while Munger is 96 and according to Buffett, they both are in the twilight zone where they need the assistance of younger blood.
"Charlie and I long ago entered the urgent zone. That’s not exactly great news for us. But Berkshire shareholders need not worry: Your company is 100 per cent prepared for our departure," Buffett's annual letter read.
Buffett, one of the world's richest men, did not go into detail or name a successor. But, he gave some clues of who will lead the Birkshire Hathway empire after his departure at an annual shareholders' meeting last May. He had then said that Gregory Able and Ajit Jain would in the near future join him and Munger on the stage to answer questions.
Able, 57, and Jain, 67, had been promoted to the board of directors the previous year.
"Charlie and I have very pragmatic reasons for wanting to assure Berkshire's prosperity in the years following our exit," Buffett said in the letter published Saturday.
"The Mungers have Berkshire holdings that dwarf any of the family's other investments, and I have a full 99 percent of my net worth lodged in Berkshire stock."
Buffett added that he has never sold any shares -- and has no plans to do so.
Besides its own investment and reinsurance, transport and energy arms, Berkshire Hathaway has holdings in companies such as American Express, JPMorgan Chase, Amazon and Goldman Sachs.
Buffett, who built reinsurance firm Geico, rail transport network BNSF and energy form PacifiCorp, however, is concerned about America's severe wealth inequality.
Along with Microsoft co-founder Bill Gates and his wife Melinda Gates, Buffett in 2010 launched the "Giving Pledge," in which the billionaires promised to give at least half their wealth to philanthropic causes.
Last year Buffett announced that he had donated $3.6 billion worth of Berkshire Hathaway stock to the Bill & Melinda Gates Foundation and four other charities, meaning that he had given a total of about $34 billion to the five foundations.
He and Gates have both expressed concern about America's severe wealth inequality.
Buffett continues to live in a relatively modest house about 10 minutes outside downtown Omaha, Nebraska that he bought in 1958.
In the letter, Buffett underlined that his will directs executors and trustees "not to sell any Berkshire shares."
The will orders that each year a portion of his Class A shares will be converted to Class B shares that would then be distributed "to various foundations," Buffett said.
In his annual letter to Berkshire Hathaway shareholders, Warren Buffett said Berkshire earned $81.4 billion in 2019, which included $24 billion of operating earnings, $3.7 billion of realised capital gains and a $53.7 billion gain from an increase in the amount of net unrealised capital gains that exist in the stocks.
Each of those components of earnings is stated on an after-tax basis. The earnings trends showed the last two years had been a bumpy ride for Berkshire.
"Charlie and I urge you to focus on operating earnings – which were little changed in 2019 – and to ignore both quarterly and annual gains or losses from investments, whether these are realised or unrealised," Buffett's letter said.
Buffett added that over time, he expects the equity holdings of the group to deliver major gains, albeit in an unpredictable and highly irregular manner.
MORE REPORTS