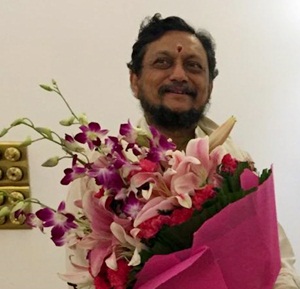 Justice Bobde will take charge as the 47th Chief Justice of India on 18 November when the present CJI Ranjan Gogoi retires.
The 63-year-old judge will have a tenure of over 17 months as the CJI and is due to retire on 23 April 2021.
Justice Bobde has been a Judge of the Supreme Court since 12 April 2013. Earlier he served as Chief Justice of the Madhya Pradesh High Court for about six months since 16 October 2012. He has also been an Additional Judge of the Bombay High Court from 29 March 2000 and a Permanent Judge from 28 March 2002.
Born on 24 April 1956, Justice Bobde was enrolled as an advocate on 13 September 1978. He started his practice at the High Court Bench at Nagpur and the District Court at Nagpur and occasionally at the High Court at Bombay and the Supreme Court of India in civil, constitutional, labour, company, election and taxation matters. He specialised in constitutional, administrative, company, environmental and election laws.
As per convention, outgoing CJI Ranjan Gogoi recommended the name of Justice Bobde, the most senior judge of the Supreme Court as his successor.
Justice Bobde is part of the five-judge Constitutional Bench that is hearing the Ram Janmabhoomi-Babri Masjid title dispute.
He was part of a nine-judge bench headed by the then CJI JS Khehar that unanimously held that the right to privacy was a constitutionally protected right in India.
Justice Bobde also headed a three-member in-house committee which gave a clean chit recently to CJI Gogoi on a sexual harassment complaint against him by a former top court staffer. The committee also included Justices Indira Banerjee and Indu Malhotra.
Justice Bobde was part of the three-judge bench which in 2015 clarified that no citizen of India without an Aadhaar card can be denied basic services and government services.
Recently, a two-judge bench headed by Justice Bobde directed the Committee of Administrators (CoA) headed by former Comptroller and Auditor General (CAG) Vinod Rai, appointed by it for the purpose of running the BCCI administration, to demit office paving the way for elected members to run the affairs of the cricket board.
MORE REPORTS