Noted actor, writer and playwright and recipient of Jnanpith Award and the Padma Shri and Padma Bhushan, Girish Karnad died in Bengaluru on Monday. He was 81. 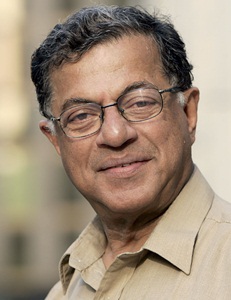 He wrote his first play, the critically acclaimed Yayati (1961), while still at Oxford. Centred on the story of a mythological king, the play established Karnad’s use of the themes of history and mythology. Karnad’s next play, Tughlaq (1964), tells the story of the 14th-century sultan Mu?ammad bin Tughluq and remains among the best known of his works.
Karnad has written numerous plays in Kannada and is considered one of Kannada literature's foremost playwrights. His most famous include Yayati in 1961, Hayavadana in 1972 and Nagamandala in 1988. Tughlaq, a play he wrote in 1964, made Karnad a name to reckon with among playwrights in the country. The thirteen-scene play is set during the reign of Muhammad bin Tughlaq.
He was conferred Padma Shri in 1974 and in 1992, the Indian government awarded Karnad the Padma Bhushan, in recognition of his contributions to the arts.
He also received the Jnanpith Award, India’s highest literary prize, in 1999 for his contributions to literature and theatre.
Karnad's acting and screenwriting debut came in 1970 in the Kannada film Samskara (1970), which is based on a novel by UR Ananthamurthy. The film won the first President's Golden Lotus Award for Kannada cinema. Karnad followed with Vamsha Vriksha (1971), co-directed by BV Karanth. During this period Karnad continued to produce work as a playwright, including Hayavadana (1971), widely acclaimed as among the most important plays of post-independence India.
For his contributions to theatre, he was awarded the Padma Shri, one of India’s top civilian honours, in 1974. Karnad’s other well-known films in Kannada include Tabbaliyu Neenade Magane (1977) and Ondanondu Kaaladalli (1978). He also worked in Hindi, directing the critically acclaimed Utsav (1984), an adaptation of Shudraka’s 4th-century Sanskrit play Mrichchakatika.
Karnad also hosted a weekly science programme on the Doordarshan titled Turning Point. Featuring Indian scientist Yash Pal, the award-winning show explained complex, modern scientific discoveries in simple language.
Besides his contribution to the stage and the screen, he was an active voice against violence against writers and journalists in India.
Born in Maharashtra on 19 May 1938, Girish Karnad obtained his Bachelor's degree from the Karnataka University in 1958 and then proceeded on a fellowship to study at Oxford where he secured his MA degree in 1963. At Oxford, Karnad studied philosophy, politics, and economics.
He is survived by his wife Saraswathi, son Raghu Karnad, a journalist and writer and daughter Radha, a doctor based in Kenya.
Prime Minister Narendra Modi has condoled the demise of Girish Karnad. “Girish Karnad will be remembered for his versatile acting across all mediums. He also spoke passionately on causes dear to him. His works will continue being popular in the years to come. Saddened by his demise. May his soul rest in peace”, the prime minister said.
MORE REPORTS