Yogesh Chander Deveshwar, India’s most celebrated and longest-serving corporate head as the executive chairman and CEO at ITC for two decades, passed away early on Saturday. He was 72. 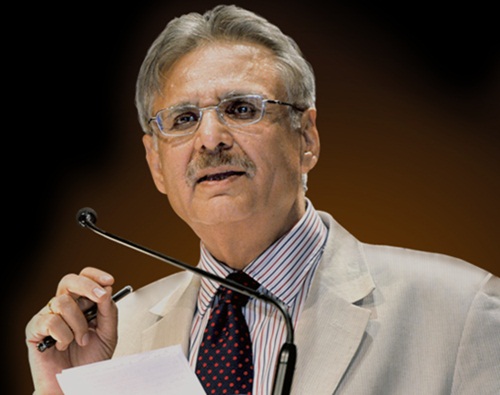 The immediate cause of his death is not known, but he was diagnosed with cancel a few years ago.
Deveshwar, who became executive chairman of ITC in 1996, successfully transformed the cigarette maker into a diversified group with a portfolio ranging from biscuits to hotels, effectively warding off a takeover threat from parent company BAT.
The cause of his death is not known. He was diagnosed with cancer a few years ago.
Born on 4 February 1947 in Lahore, Deveshwar did his studies at IIT, Delhi followed by a management course at Harvard University.
Deveshwar joined ITC in 1968 and became the executive chairman of the company in 1996.
Deveshwar was the architect of ITC’s bold transformation from a tobacco company to a diversified business conglomerate with a robust portfolio of front-ranking businesses in consumer goods, hotels, paperboards and paper, packaging and agri-business. He also ensured that ITC remained an Indian company by successfully warding off takeover moves by parent company British American Tobacco (BAT).
Under him, ITC's revenues also grew ten-fold from Rs5,200 cr to over Rs51,500 crore and generated shareholder returns of 23.3 per cent compounded annually.
In 2011, Deveshwar received the Padma Bhushan, India's third-highest civilian award.
Between 1991 and 1994, Deveshwar led state-owned carrier Air India as the chairman and managing director.
He was also a director on the central board of the Reserve Bank of India.
Deveshwar stepped down as chief executive of ITC Ltd, India's largest cigarette maker, in 2017, handing over the role to Sanjiv Puri, who is the current CEO and MD of the company. Deveshwar was serving as non-executive chairman of ITC Group since then.
In June 2018, ITC decided to extend tenure of non-executive chairman YC Deveshwar by another two years from 2020 to 2022 so as to help mentor senior management of the increasingly complex organisation.
“We deeply mourn the passing away of Y C Deveshwar, chairman ITC. In this hour of profound grief and sorrow, we recall with respect and pride the legendary stewardship he provided to ITC over two decades as its chairman. Inspired by a patriotic fervour, manifest in his clarion call of ‘Lets Put India First’, he led ITC's strategic thrust to create an exemplary Indian enterprise dedicated to   serving national priorities.
“Deveshwar passionately championed the cause for sustainable and inclusive growth and the transformative role businesses could play in creating larger societal value. This vision drove ITC to pursue business models that today supports over 6 million livelihoods, many amongst the weakest in society.
“His Vision to make societal value creation a bedrock of corporate strategy also led ITC to become a global exemplar in sustainability and the only company in the world to be carbon positive, water positive and solid waste positive for over a decade.
“His superordinate vision to build an exemplary Indian enterprise, to serve national priorities, create the businesses of tomorrow, impeccable values and personal integrity, the width and depth of his strategic thinking and his   compassionate conduct of business will continue to inspire us in the journey ahead,”  Sanjiv Puri, managing director of ITC Ltd, wrote on the company’s website.
MORE REPORTS