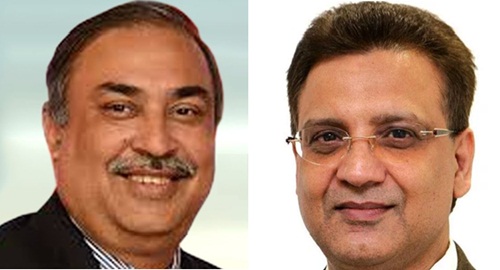 Sood, managing director and chief executive officer of Vodafone India since April 2015, was the industry body’s vice chairman for the past two years.
Sood served as the chief operating officer at Vodafone India since 3 February 2012, and served as its director of west zone. He is a part of the senior leadership team at Vodafone India and is responsible for the day-to-day operations and the profit and loss management for all circles in the country.
He also spearheads the new business development initiative of mobile commerce for Vodafone.
Ajai Puri, chief operating officer (India and South Asia) at Bharti Airtel, has been with Airtel since 2004 and has held several senior leadership positions including director, market operations, director and CEO, DTH, and CEO, Kolkata & West Bengal, and Odisha. Prior to joining Bharti Airtel, Puri served as the business head, foods at Cargill Foods India. He began his career with VST India Ltd, an associate company of British American Tobacco (UK).
Gopal Vittal, managing director and chief executive officer (India and South Asia) of Bharti Airtel was the chairman of COAI for 2017-18.
“The sector has been one of the primary drivers of India’s economic growth, contributing 6.5 per cent to the national GDP. While, the industry is reeling under Rs7.64-lakh crore debt and an additional investment of Rs2-lakh crore is still required over the next two years to fulfil the dream of a Digitally connected India, we are sure the partnership between the government and the sector will get stronger and these targets will be achieved,” said Rajan S Mathews, director general at COAI.
“The National Digital Communications Policy 2018, recently unveiled by the DoT, holds significant promises for the industry that has been facing difficult times over the last few years. This will also boost government’s key initiatives like Digital India and SmartCities. New technologies like AI, Machine Learning as well as Robotics and Automation promise to make our lives much easier while significantly diversifying the revenue streams of the telcos and making room for significant differentiation and long term viability. It is also designed to place India at the forefront of the global Knowledge Revolution,” added Mr. Mathews.
COAI, which was constituted in 1995 as a registered, non-governmental society, elected the new office bearers at its AGM on Thursday.
MORE REPORTS