Former senior executive at SoftBank and Google, Nikesh Arora has joined cybersecurity company Palo Alto Networks as CEO and chairman, succeeding  CEO and chairman, Mark McLaughlin, who has been moved up as the board's vice chairman. 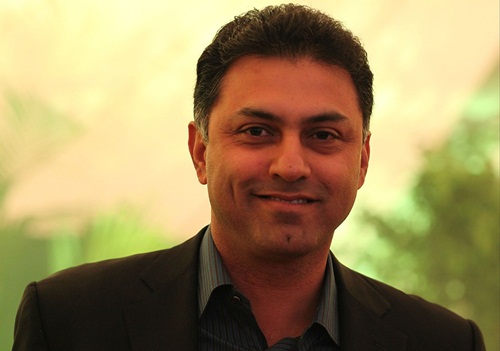 Arora, who joined as president, SoftBank Group, as president  in October 2014, where he received over $200 million in compensation over the last two years as the the head of Softbank's operations.
Arora, who was the designated successor to Softbank founder Masayoshi Son, stepped down in June 2016 over disagreement over when he would take over from the Japanese tycoon.
Prior to joining Softbank, Arora served as Google's chief business officer for three years, until July 2014, and worked in various senior leadership roles since he joined in 2004.
At Google, Arora was instrumental in expanding Google's search business from $2 billion in revenues to over $60 billion, and developed a substantial track record of driving innovation and delivering business success.
"I have been discussing succession planning with the Board and I couldn't be more pleased that we have found a leader in Nikesh who is ideally suited to take the company on the next leg of its journey," McLaughlin said in a company statement.
Arora told Fortune magazine in an interview on Friday that after the SoftBank experience, “I went through the process of thinking about what I would do next, and I really wanted to be an operator. I wanted it to be at a growth company in a growth business… And I wanted to make sure it was the right company with the right team. The more time I spent with Mark and the team [at Palo Alto Networks], the more I got excited. It’s a great culture, a fast growth company, and the opportunity is to continue to work with the team and scale and expand.”
Daniel J. Warmenhoven, lead independent director said on Arora's appointment, "As we move forward in this era of digital and security transformation, there is no better person to lead Palo Alto Networks than Nikesh Arora. The board of directors is very pleased to have such a proven business and technology leader who brings demonstrated leadership and ability to scale to the company."
Arora graduated from the Indian Institute of Technology, BHU in Varanasi with a bachelor's degree in electrical engineering in 1989. He holds a degree from Boston College and an MBA from Northeastern University. He also holds a CFA.
MORE REPORTS