In a series of tweets on Wednesday that would be music to the ears of the Donald Trump administration, Tesla and SpaceX chief executive Elon Musk lashed out at media, following critical coverage of his electric car company Tesla. 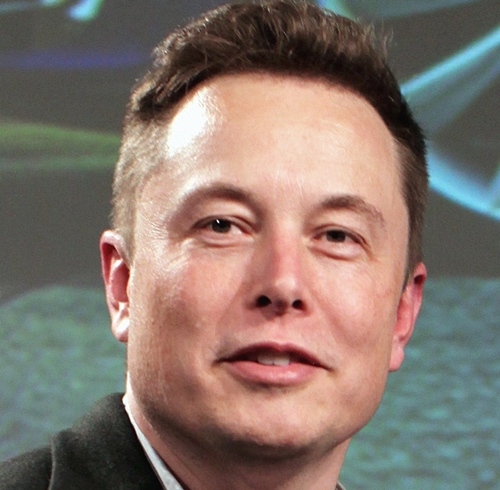 The billionaire said "big media companies" only "lay claim to the truth" but instead they publish sugar-coated lies.
Taking aim at reporters, Musk derided their stories as a "disinformation campaign" aimed at harming his business.
He also said he would create a site called ‘Pravda’ where readers could rate news stories on whether or not they were fake.
“Going to create a site where the public can rate the core truth of any article & track the credibility score over time of each journalist, editor and publication. Thinking of calling it Pravda…,” Musk said.
And he isn’t just talking – it is reported that Pravda Corp was certified as a corporation in October.
“Problem is journos are under constant pressure to get max clicks and earn advertising dollars or get fired,” Musk declared Wednesday afternoon. “Tricky situation, as Tesla doesn’t advertise, but fossil fuel companies and gas / diesel car companies are among world’s biggest advertisers.”
But as The Washington Post points out, that is not the problem at all. Journalists, at least in developed democracies, don’t sit down and calculate which stories are likely to draw certain advertisers to their publication or site — the idea is anathema to their mission of objectivity. In fact, the article that has apparently dug the deepest on Tesla factory safety came from the Center for Investigative Reporting, a non-profit.
The real problem, according to most of the media, is that Tesla has faced a number of challenges and adverse reports in recent months, including about missed production goals, questions about the company's financial health, concerns about working conditions at the factory in California's Fremont, where the company makes its cars and tests the safety of their vehicles.
Auto-piloted Tesla cars are crashing; the mass-market Model 3 has “big flaws” in braking and controls. And Tesla stock has started to tumble. Then there’s the burgeoning push for unionisation at Tesla factories, and investigative reporting revealing that some safety hazards have gone ignored and that injuries have been left off the book.
It is all of this coverage that has made Musk mad, and he has taken to Twitter to decry “the holier-than-thou hypocrisy” of the media.
Taking aim at reporters, Musk derided their stories as a "disinformation campaign" aimed at harming his business. There are clear echoes of President Donald Trump here.
The Verge reporter Andrew J Hawkins responded, "Musk continues his slow transformation into a media-baiting Trump figure screaming irrationally about fake news. Hope it works out for you dude!"
"Thought you'd say that," Musk replied. "Anytime anyone criticizes the media, the media shrieks 'You're just like Trump!' Why do you think he got elected in the first place? Because no one believes you any more. You lost your credibility a long time ago."
The Washington Post explains why a crowd-sourced media rating website like the proposed ‘Pravda’ wouldn’t work: more likely than not, it would attract a particular crowd of mainstream-media sceptics. And even if Musk’s site did draw in a more diverse possible slate of reviewers, their opinions wouldn’t create a reliable metric of accuracy – you can’t take people who ‘like’ and ‘dislike’ a story and decide its accuracy by dividing the total by two.
MORE REPORTS