Bollywood superstar Salman Khan, who spent two nights in a Rajasthan jail in the 1998 blackbuck poaching case, was granted bail by a Jodhpur district court on Saturday afternoon. 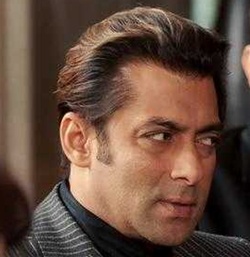 Salman had been found guilty in the case and had been given a five-year jail sentence by a lower court.
Incidentally, judge Ravindra Kumar Joshi, who heard the actor’s bail plea, is among the 87 judges – including the one who had sentenced Salman – being shifted to other courts as part of the annual transfers policy of the Rajasthan high court.
Salman had been given a five-year jail sentence by the lower court for killing two blackbucks in 1998 at a village near Jodhpur. He was travelling in a vehicle and was there in connection with the shooting of the film Hum Saath Saath Hain.
Other actors in the film including Saif Ali Khan, Tabu, Neelam Kothari and Sonal Bendre, who were also travelling with him, were initially charged in the case. However, they were recently acquitted by the Jodhpur session’s court.
The case against Salman was filed by members of the Bishnoi community who revere antelopes. They had been chasing the case for nearly 20 years and were pleased with the judgement.
However, following the bail given to Salman, they have decided to approach the Rajasthan High Court.
Salman has been claiming innocence in the case and his lawyers said that the animals died of over-eating and were killed by dogs. The actor had also been accused of killing two ‘chinkaras’. But in 2016, the Rajasthan High Court acquitted him in that case.
The actor has spent 18 days in jail in these cases – in 1998, 2006, 2007 and now.
MORE REPORTS