Bollywood superstar Salman Khan was on Thursday sentenced to five years in jail after being found guilty by a court in Jodhpur, Rajasthan, in the 1998 blackbuck poaching case. However, four other stars including Saif Ali Khan, Sonali Bendre, Tabu and Neelam were acquitted of all the charges. 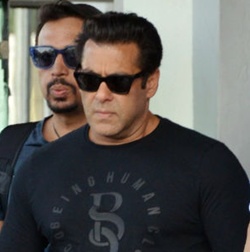 The 52-year-old star was convicted of the charges of killing two blackbucks in Rajasthan while shooting the film Hum Saath-Saath Hain in 1998. The court convicted him for killing the blackbucks from his car when he was in Jodhpur for the film shooting.
The Jeev Raksha Bishnoi Sabha, which represents the Bhisnois, who revere blackbucks, was critical of the move to acquit the other actors. A spokesman of the Sabha said it plans to challenge the acquittal in the high court.
The trial has dragged on for nearly two decades and the prosecution has demanded the maximum punishment for the actor.
The hugely successful actor has been caught up in other controversies over the past few years. In 2002, he was arrested in a hit-and-run incident in Bandra, when a luxury vehicle that he was allegedly driving ran over five people sleeping on a pavement.
One of the victims died later. Though Khan was arrested by the Bandra police, he was released on bail. The case went on for more than a decade and right up to the Bombay High Court, which acquitted him of all charges.
If the actor is sentenced to six years imprisonment, he will appeal against the verdict in the Rajasthan high court. If he is sentenced to less than three years, he can move the same court for bail.
MORE REPORTS