Former Intel CEO Paul Otellini, 66, died in his sleep on Monday. Under his stewardship Intel won new business from the likes of Apple and focused more on technologies beyond chips for personal computers. 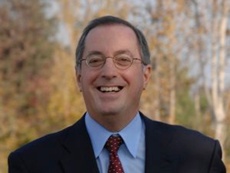 Otellini served as Intel's CEO from 2005 until his retirement from the company in 2013.

He was the company's fifth CEO, and the first non-engineer to head the world's largest chipmaker. He held a number of executive positions at Intel, including executive vice president and general manager of Intel's sales and marketing group. Otellini was also chief operating officer at the company from 2002 to 2005. He spent his entire professional life spanning 40 years at Intel.

Intel's current CEO, Brian Krzanich, who took over the reins at the company from Otellini in 2013, took to Twitter to express his thoughts on Otellini's passing.

We lost a member of our Intel family yesterday, when Paul Otellini passed away. A good man and leader who inspired us to do great things - Brian Krzanich (@bkrunner)

According to Intel, Otellini left his mark on the company in many ways. The company noted in a statement that in the year before Otellini became CEO, Intel had $34 billion in annual sales, and that figure grew to $53 billion in revenue by 2012.

Krzanich said in a statement, "He was the relentless voice of the customer in a sea of engineers, and he taught us that we only win when we put the customer first."

Among the low points during his leadership at the company was the 2006 layoff of 10,500 staff, the largest in the company's history.

He also accepted missing the opportunity that opened up with smart phone market where rival ARM scored major design wins.

Also several business initiatives had to be shuttered or scaled down including the Itanium microprocessor - which cost billions of dollars to develop and support.

''Under his leadership the company made important strategic, technological and financial gains,'' Intel said in a statement. ''(His) accomplishments included signing on notable new customer engagements, such as winning the Apple PC business, and business partnerships and strategic acquisitions that expanded Intel's presence in security software and mobile communications.''