The government on Tuesday cleared the appointment of Justice Dipak Misra, the Supreme Court's seniormost judge, as the next Chief Justice of India after the present Chief Justice Jagdish Singh Khehar retires on 27 August. 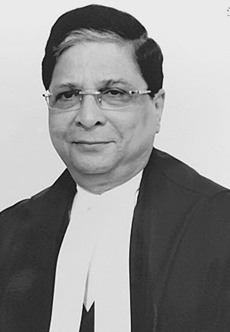 Misra will become the 45th CJI and will have a tenure of about 14 months, retiring on 2 October next year.

The soft-spoken Justice Misra rose to prominence when he heard the plea of Yakub Memon, the sole condemned man in the Bombay blasts case, for a reprieve in the early hours of the morning. Memon was nonetheless eventually hanged.

Justice Misra was elevated to the Supreme Court on October 10, 2011. He enrolled as a lawyer on 14 February 1977 and was appointed Additional Judge of the Orissa High Court in 1996 and transferred to the Madhya Pradesh High Court in March, 1997. He became permanent Judge in December, 1997.

Benches led by Justice Misra have upheld the constitutional validity of Sections 499 and 500 of the Indian Penal Code providing for criminal defamation proceedings as also the death penalty for convicts in the gruesome Nirbhaya gang rape and murder case.

As chairman of National Legal Services Authority, he has introduced several measures to provide legal aid to poor litigants. Recently, he had ordered introduction of video conferencing at state legal services authorities to connect poor prisoners languishing in jails with advocates who would provide free services.

Justice Misra becomes the third person from Odisha to become CJI. Earlier, his paternal uncle Justice Ranganath Misra (1990-91) and Justice G B Pattanaik (2002) from the state had occupied the top post in judiciary.

Born on 3 October 1953, Justice Misra's judgments reflect the literary bent which he appears to have inherited from his grandfather and celebrated Odia personality Pandit Godabarish Misra. The literary figure had three sons - Raghunath Misra, Ranganath Misra and Loknath Misra, the latter of whom was a Congress leader and governor of Assam from 1991 to 1997.