Nobel laureate Paul Krugman is puzzled by the regressive policies of the Narendra Modi government in India despite its claims of being liberal and investor-friendly. And he thinks, pulling out 86 per cent of cash in circulation is a rather crude way of tackling black money and corruption. 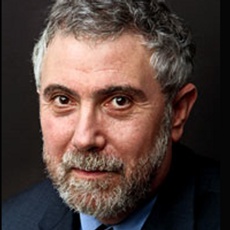 Krugman, known for his work on international economics (including trade theory, economic geography, and international finance), liquidity traps, and currency crisis, feels the Modi government should instead have followed an expansionist policy by cutting interest rates that, he feels, could have spurred business and growth.

A dose of extra liquidity, he said, would have improved investment climate helping businesses and employment to grow faster.

In an interview to The Times, Paul Krugman, who is on a visit to India, blamed Modi for going for a 'shock therapy that was not well advised' for an economy like India.

''It was puzzling. I would not have done this… It was an attempt to flush out corruption with a very blunt instrument. There is a lot of collateral damage,'' Krugman told the paper in an interview.

According to Krugman, the economy would shrink in proportion to the reduction in the monetary base, which did not happen in the case of Modi's note-ban. However, he said the shock therapy is not going to make any lasting dent in corruption while it could do greately damage the economy.

While he was appreciative of the introduction of GST, he said despite the emphasis on public investment, results were far short of the promised.

Krugman, however, did not see much prospects for manufacturing in India when compared to other countries in the world.

The pulling out of Rs15,44,000 crore or 86 per cent of the currency in circulation on 8 November midnight has only helped to dent economic growth and disable cash dealings for the transition period. It would not, however, wipe away black money and corruption, Krugman said.

''It is not going to make any lasting dent in corruption and it could do a significant amount of damage to the economy.''

However, Krugman noted that the only relief is that demonetisation didn't do as much damage to the Indian economy as he feared.

Earlier, speaking against the demonetisation in December last year,  the economist had said Modi's move is highly disruptive and something that won't change the behavior of tax cheats.

While there is no official estimate of black money or fake currency in circulation in the country, economists estimate this to be quite high so as to adversely impact the Reserve bank's monetary policy targets. The 8 November demonetisation has, however, helped drive out a major part of that.