Colonise new planet or perish: Stephen Hawking gives us only 100 years on earth

Reknowned paraplegic physicist Stephen Hawking has once again warned that humans must find a new planet to colonise or face extinction – but this time he has upped the deadline, giving us a mere 100 years to do so. 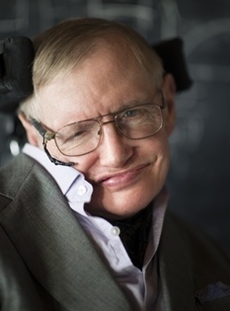 Prof Hawking will make the apocalyptic warning in public lectures and a BBC documentary due to air this summer to celebrate his 75th birthday.

The dire warning is a revised deadline by the Cambridge professor, who only in November gave humanity a more achievable deadline of 1,000 years to find a new home.

"Professor Stephen Hawking thinks the human species will have to populate a new planet within 100 years if it is to survive," the BBC said in a statement posted online.

"With climate change, overdue asteroid strikes, epidemics and population growth, our own planet is increasingly precarious," the BBC statement says.

"In this landmark series, Expedition New Earth, he enlists engineering expert Danielle George and his own former student, Christophe Galfard, to find out if and how humans can reach for the stars and move to different planets."

The author of the best-selling 'A Brief History of Time' has previously warned that nuclear war, artificial intelligence, and global warming pose a threat to humanity, and often advocated the colonisation of another planet. But his latest warning gives humanity very little time to do so.