Madras HC judge says he too has doubts over Jayalalithaa's death

The Madras High Court has sought answers to questions raised by the media and the public over the controversial secrecy surrounding the hospitalisation and subsequent death of Tamil Nadu chief minister J Jayalalithaa. 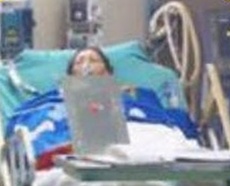 The court was hearing a petition in connection with the hush-hush manner in which the hospitalisation and treatment of the popular leader was carried out.

Media reports and public statements by social activists alleging role of some vested interests in the whole incidence has further ignited the controversies over Jayalalithaa's death.

The Madras High Court also today said it has doubts over Jayalalithaa's death. ''Media has raised a lot of doubts, personally, I too have doubts,'' Justice Vaidyalingam said while hearing a petition seeking details of the departed leader's hospitalisation and treatment.

''When she was admitted in the hospital, it was said that she was on proper diet. At least after her death now, truth should be revealed,'' Justice Vaidyalingam added.

At one stage, the HC bench even asked why the former CM's dead body cannot be exhumed, says a Hindustan Times report.

The judge's comments come on a day when the person behind the secrecy, Jayalalithaa's confidant, Sasikala Natarajan, was elected as the leader of her party, Anna Dravida Munnetra Kazahakam, by party leaders led by current chief minister O Panneerselvam.

Besides a resolution to work under the leadership of Sasikala, the AIADMK leaders at the party's general body meeting today adopted as many as 14 resolutions, including resolutions demanding that Jayalalithaa's birthday be celebrated as 'National Farmers Day' and to confer Jayalalithaa with Magsaysay Award and Nobel Prize for World Peace.

Some commentators have said the whole episode in which the former Tamil Nadu chief minister was hospitalised for some minor ailment till her last days was shrouded in secrecy, suggesting some foul play. The whole process of her 75-day treatment and details of her health condition were kept confidential; which is very unusual for a leader of Jayalalithaa's stature, they aver.

Tamil actor Gautami Tadimalla in a blogpost addressed to Prime Minister Narendra Modi, raised doubts over Jaya's death where she has raised questions about the ''secrecy'' maintained by the Tamil Nadu government during the treatment of the late chief minister Jayalalithaa.

The 48-year-old star questioned why nobody was allowed access to her when she was admitted to the hospital.

''Her demise is all the more tragic and unsettling because of the circumstances over the past few months and the sheer volume of unanswered questions about our late chief minister's hospitalisation, treatment, reported recovery and very sudden passing.

''There has been a near total blanketing of information regarding these matters. Nobody had been allowed access to her and many dignitaries who visited her with deep concern were denied an opportunity to convey their wishes in person. Why this secrecy and isolation of a beloved public leader and the head of the Tamil Nadu government? What / whose authority restricted access to the late chief minister?'' she wrote.

Jayalalithaa died on 5 December, at the age of 68, following what the hospital stated as a cardiac arrest. She was admitted to Chennai's Apollo Hospital on 22 September, after she complained of fever and dehydration.