Najeeb Jung on Thursday resigned as Lieutenant Governor of Delhi, abruptly ending his tenure one and half head of schedule, saying he would be returning to academics, his first love. 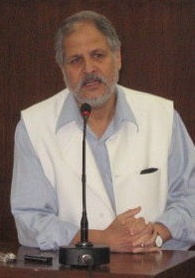 Jung thanked both Prime Minister Narendra Modi and Delhi chief minister Arvind Kejriwal for all the cooperation and help he received during his 18-month tenure as the governor of the national capital.

His resignation was announced via a press release that was issued by the 'Raj Niwas', the residence-cum-office of the Lieutenant Governor of Delhi.

He also thanked the citizens of Delhi for their support, especially during the year-long President's rule in Delhi. It was because of their affection he was able to run the administration in Delhi, the press release said.

"He also thanks the chief minister of Delhi for his association in the last two years," the statement said.

Jung became the Lt Governor of Delhi on 9 July 2013 when a Congress-led coalition was in office. The Modi government retained him even though it replaced most governors in the states.

A former IAS officer from the Madhya Pradesh cadre and a former vice chancellor of Jamia Millia Islamia in New Delhi, Jung said his resignation was due to personal reasons.

Jung's tenure was marked by a sharp escalation in tensions between his office, which reported to the central government, and the elected Aam Aadmi Party government of Kejriwal.

"Despite several good and bad times, I can say that along with Najeeb Jung-ji we have done some good work for Delhi. I wish him good luck for his future,' Sisodia said in a twitter post.

Jung was regularly in the news for his power tussle with Arvind Kejriwal since the latter was elected chief minister of Delhi.