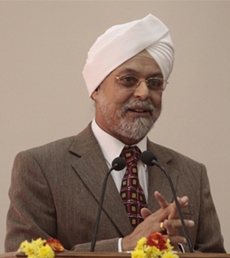 The Chief Justice of India, the highest authority in the judiciary, is traditionally appointed on seniority basis, on the recommendation of the incumbent Chief Justice. As Justice Khehar was the senior-most judge after the Chief Justice TS Thakur, his name was recommended to the government on the principle of seniority.

As Chief Justice, Khehar will have a tenure of only over seven months as he would be retiring on 28 August 2017.

Justice Kehar assumed office as a Judge in the  Supreme Court on 13 September 2011. He led the constitution bench, which held the NJAC Act unconstitutional. He was a member of the Judges Inquiry Committee for investigating the grounds on which the removal of Justice PD Dinakaran, Chief Justice of the Karnataka High Court, has been sought.

Justice Kehar was appointed as Judge of the Supreme Court in 2011. Prior to that, he held the office as Chief Justice of Karnataka High Court from 8 August 2010 to 12 September 2011.

He also served as the Chief Justice of Uttarakhand High Court from 29 November 2009 to 7 August 2010.

Justice Kehar had given a separate concurring opinion in the 2G spectrum scam - that no part of the natural resource can be dissipated as a matter of largess, charity, donation or endowment, for private exploitation. Each bit of natural resource expended must bring back a reciprocal consideration.

He also headed a three-judge bench of Punjab and Haryana High Court to decide a case which involved defining the Sikh identity, and said that religion must be perceived as it is, and not as another would like it to be.

Meanwhile, the Supreme Court collegium has reportedly decided to defer recommending names for appointment of Judges to the Supreme Court, till Justice JS Khehar assumes office on 4 January 2017.