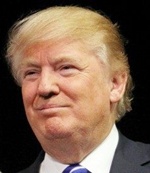 Three professors of psychiatry, including one from the Harvard Medical School, are concerned about the mental health of United States President-elect Donald Trump.

The professors have written to President Barack Obama urging him to order a medical evaluation of the Republican leader.

Doctors from Harvard Medical School and the University of California have asked Obama, in a letter, to order a "full medical and neuropsychiatric evaluation" before the President-elect takes the official seat in the White House on 20 January 2017.

The professors said that they could not speculate on a diagnosis for Trump, but considering his "grandiosity, impulsivity and hypersensitivity to criticism" they concluded that he was not fit to assume the top position at the oval office.

''Professional standards do not permit us to venture a diagnosis for a public figure who we have not evaluated personally. Nevertheless, his widely reported symptoms of mental instability - including grandiosity, impulsivity, hypersensitivity to slights or criticism, and an apparent inability to distinguish between fantasy and reality - lead us to question his fitness for the immense responsibilities of the office," the letter signed by Judith Herman, Nanette Gartrell and Dee Mosbacher stated, according to Huffington Post.

In August, President Obama had questioned Trump's temperament and had said that the Republican billionaire was "unfit to serve as President". "I said so last week and he keeps on proving it. The notion that he would attack a Gold Star family that had made such extraordinary sacrifices on behalf of our country, the fact that he doesn't appear to have basic knowledge around critical issues in Europe, in the Middle East, in Asia means that he's woefully unprepared to do this job," Obama had said.

This is not the first time psychiatrists have expressed concern about the President-elect's mental stability. In June, American magazine The Atlantic had published psychologists' findings stating that Trump suffered from "narcissism, disagreeableness and grandiosity".

There are nine criteria for "Narcissistic Personality Disorder", and usually a diagnosis is offered if a person has five or more of the symptoms, according to the American Psychiatric Association (APA). The APA states that the condition is defined as "a pervasive pattern of grandiosity (in fantasy or behaviour), need for admiration, and lack of empathy, beginning by early adulthood and present in a variety of contexts."