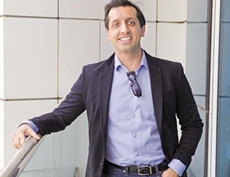 Times Internet Limited (TIL) is the digital business arm of Bennett, Coleman and Company Limited, publishers of The Times of India group of publications.

Times Global Partners is a platform which supports the launch and expansion of emerging global digital companies in India.

Jaitly, an alumnus of Princeton University, had been with Twitter since 2012 and during which he oversaw the microblogging giant's expansion into Asia's third-largest economy.

In 2014, Jaitley was named vice-president, Asia-Pacific, Middle East and North Africa for the company.

Jaitly has also worked with technology bellwether Google, where he was head of public-private partnerships in India from 2007 to 2009, during which he led the company's efforts in corporate philanthropy, public policy advocacy, and government affairs, across the country and South Asia.

"We are thrilled to welcome Rishi to the Times Group. In the last decade, under Rishi's leadership, both Twitter and Google have successfully entered the Indian market, immersing themselves in every segment of the country's business, media and digital landscapes,'' Satyan Gajwani, vice-chairman, TIL, said in an official release.

Times Global Partners (TGP), a business unit of TIL, has partnered with some of the world's largest technology and media platforms, including, ride-hailing app  Uber, peer-to-peer homesharing venture Airbnb, ed-tech company Coursera, news and content platforms Vice and Huffington Post, amongst others, and which have now launched their operations in the country.

"My mission has always been to harness the power of technology and media to ensure we fully realize the untapped potential of people, communities and markets. Joining Bennett Coleman as CEO of Times Global Partners advances my mission and the work of building bridges to and within India,'' Jaitly said in the statement.

TIL has projected revenue of Rs 1,000 crore for the fiscal ending March 2017, and expects to keep investing into newer businesses, according to CEO Gautam Sinha.

''We expect increase our focus on TGP, and do more partnerships. Our intent is to service Indians globally, and not just limit ourselves to India. That's also how we have been able to differentiate our partnerships with any other competitor in this country, because of the reach, logistics and strategic support we offer to any of these brands,'' The Economic Times quoted Sinha as saying in a recent interview.