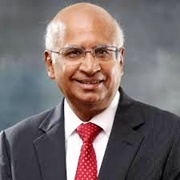 The Tata Group has hinted at an early revamp of the group's board of directors, amidst reports that Tata veteran S Ramadorai has resigned from the government's skill development bodies and is all set to be back on the Tata Son's board.

Ratan Tata, the interim chairman of Tata Sons, meanwhile, wrote a letter to the employees of Tata Group saying that the removal of Cyrus Mistry was essential for the future of the group.

Rohit Nandan, vice-chairman of the governing body and secretary, ministry of skill development and entrepreneurship, has been appointed interim head of the National Skill Development Agency till a full-time chairman is appointed.

Ramadorai, 71, was appointed chairman of the skill development agencies in May 2013 with a cabinet rank.

He is also the chairman of Tata Institute of Social Sciences and AirAsia India.

Ratan Tata also assured employees of "maintaining stability and continuity of leadership" and promised to give the group "a world-class leader" when a full-time boss is appointed.

"The decision to change the leadership of Tata Sons was a well-considered and serious one for its board members. This difficult decision, made after careful and thoughtful deliberation, is one the board believes was absolutely necessary for the future success of the Tata Group," he told employees.

''While I am excited with the opportunity to work with all of you once again as an interim chairman to maintain stability and continuity, I am looking forward with equal excitement to the finalisation of the selection committee of a world class leader to be the new chairman of the group,'' said Tata in the letter.

''I would like to stress that your company and the Tata Group are well served. The directors on your board and empowered leadership of your companies continue to serve with the same degree of passion and ethical commitment as they have done in the past,'' Tata said in the letter, adding that as a group, we are steadfast in our resolve to maintain the Tata culture and value system that all of us have worked so hard to nurture over the decades.

"As I said in the meeting with CEOs last week, that the companies need to focus on their profit margins and their market positions vis-ŕ-vis competition, and not to compare themselves with their own past. The focus has to be on 'leading' rather than 'following,' read the Tata letter.

"Over the years, I have been amazed at the spirit each one of you has displayed to meet the ambitious objectives and goals that we have set, as also the value system that we have upheld, which has differentiated our group from others."

"The Tata Group is proud of its rich legacy of contributing to the growth of nation and endeavouring to serve all its stakeholders well. During its long journey, the group has faced and overcome many challenges. Our employees have displayed their spirit at all times to create great companies that have delivered value to our shareholders."