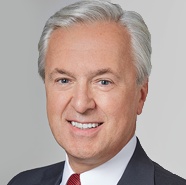 Wells Fargo chairman and John Stumpf was handed down an extraordinary rebuke on Tuesday by his board, which said Stumpf had agreed to forgo all unvested equity awarded to him, worth $41 million as also 2016 bonus.

However, there are no signs as yet that Stumpf was contemplating giving up his roles as chairman and chief executive over the bank's sales-tactics scandal. Nor has Wells Fargo's board held formal discussions about the idea either, according to people familiar with the matter, The Wall Street Journal reported yesterday. (See: Wells Fargo fined $185 mn for opening millions of unauthorised accounts)

Further, Stumpf would take no salary during an independent board investigation; and dissociate himself from all deliberations related to the sales issues.

According to commentators, Stumpf's position was far from secure and today he will return to Capitol Hill for the second time, to explain the bank's allegedly widespread illegal practices to the House Financial Services Committee.

The bank's allegedly widespread illegal tactics had led to as many as 2 million accounts being opened with fictitious or unauthorised customer information.

Many senators who questioned Stumpf on the topic last week hailed the unusual step of a high-profile CEO giving up two years worth of compensation to address their concerns.

Meanwhile, Carrie Tolstedt, the former head of the retail division at the centre of the sales scandal, left the company ahead of her planned 31 December retirement date. She would get no severance and had forfeited unvested equity awards worth about $19 million, according to the bank. Tolstedt would also not receive bonuses for 2016.

The penalties represented one of the biggest financial sanctions ever levied against a major bank boss. They also marked a major change from the set pattern of scandals not affecting CEOs at major banks.

According to commentators, the US' third-largest bank by assets was under pressure to demonstrate it was holding its top brass accountable.