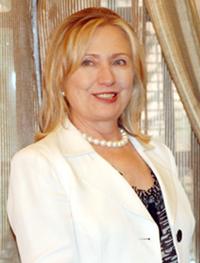 Donald Trump's strategy for handling the news about Hillary Clinton's spell of ill health will be to keep quiet, Bloomberg Politics quoted people familiar with the planning as saying.

Republican presidential candidate Trump has in the past had trouble resisting the temptation to pounce on his rivals when he sees an opening, and the news that Clinton had to make a sudden exit from Sunday's memorial service at Ground Zero could present him with a difficult test.

Instead of coming out swinging like he often does, the plan is for him and his campaign aides to refrain from commenting on the bystanders' videos that showed Clinton stumbling or collapsing as she was helped into her vehicle by staff and Secret Service agents, according to the people briefed on the strategy.

Clinton made an early departure from the annual memorial at Ground Zero commemorating the 9/11 terrorist attacks, when she became overheated and dehydrated following a diagnosis of pneumonia, according to a statement from her doctor. While Clinton had blamed recent coughing episodes that forced her to interrupt remarks on allergies, Republicans have sought to raise questions about her fitness for office, particularly following a concussion in 2012 that resulted in a blood clot.

Trump's strategists believe Clinton's bad weekend is a defining moment in the campaign, two people with knowledge of the plans said.

Several strategists not affiliated with the campaign agreed that it's best for Trump, who frequently causes controversy with his outspokenness, to stay quiet and not draw attention away from what has been a disastrous weekend for Clinton. There's plenty of other attack fodder with her comments that half of Trump's supporters are bigoted or sexist, and the video of Clinton appearing to collapse is shocking enough, they said.

''The Clinton campaign wasn't prepared for the crisis,'' said Rob Stutzman, a California-based GOP operative. ''Let them struggle on their own.''

If Trump tried to take political advantage of an actual medical condition, he could appear crass or turn Clinton into the victim, several consultants said. And candidates who are 68 and 70 shouldn't use each other's relative health as a hammer, they said.

''The Trump campaign tends to play to their base," Ohio-based Republican strategist Jai Chabria said. "If they try to exploit her health issues, they could easily overplay their hand.''

Message discipline has not been one of Trump's strong suits since becoming a presidential candidate. Most infamously, he generated weeks' worth of negative headlines when he picked a fight with the grieving parents of a soldier killed in the Iraq war. But, in an interview on Sunday, Trump's son Donald Trump Jr said his father has become a more disciplined candidate, and is driving the strategy.

''He is totally committed to doing whatever it takes to win and to make our country better than ever before,'' Trump Jr said. ''The results we are seeing in the polls and elsewhere are positive affirmation of this. He really understands this game now, especially the nuance between politics and business.''

Trump was still at Ground Zero when he learned from an aide about the Democratic presidential nominee's apparent illness, and the anniversary of the 11 September terrorist attacks forced Trump into silence that ended up being the best thing possible for his campaign, strategists said. If it hadn't been a day of mourning, Trump might have telephoned in to Fox News for a live interview or tweeted or made news that somehow overshadowed Clinton, political consultants noted.

He and his strategists are shifting from prioritising free media, like they did during a crowded primary, to hyper-targeting their message for a two-person general election race, one of his advisers told Bloomberg. The campaign has learned the hard way that Trump's ability to be able to drive a news cycle can also hinder their ability to highlight Clinton's weaknesses, the adviser said.

This time, they don't plan to repeat that mistake.