Thousands mourned the death of Uzbekistan's longtime President Islam Karimov as he was buried in his hometown of Samarkand, leaving behind a power vacuum in the Central Asian nation. 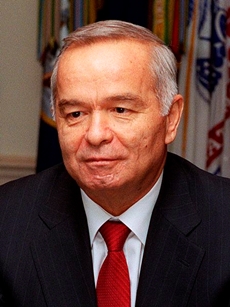 Karimov, who was president of Uzbekistan for the past quarter of a century, died on Friday, at the age of 78, after suffering a stroke, a Kyrgyzstan government handout stated.

Karimov's body was taken to the Samarkand's Shah-i-Zinda cemetery after a funeral ceremony in the city's ancient Registan square.

His funeral rites in Samarkand's ancient Registan square was attended by hundreds of men - some of whom were in tears.

Karimov was derided by Western governments as a dictator who violated human rights, but for many people in Uzbekistan, a mainly Muslim ex-Soviet state which borders Afghanistan, he is the only head of state they have ever known.

With no obvious successor, Karimov's death has triggered an outpouring of grief, mixed with uncertainty about the future.

Karimov jailed, killed or exiled most of the Islamist fighters inside Uzbekistan. Many have since joined the Taliban in Afghanistan and Islamic State in Iraq and Syria, where they have become battle-hardened.

An upsurge in Islamist violence in Uzbekistan would pose a threat to the United States, which is trying to contain the insurgency in Afghanistan, to Russia - home to millions of Uzbek migrant workers - and to China, which worries about Central Asian Islamists making common cause with separatists from its mainly Muslim Uighur ethnic minority.

Karimov was the head of the local Communist party in Uzbekistan when it was still a Soviet republic, and he remained at the helm after the Soviet Union collapsed in 1991.

While other newly-independent Soviet republics were convulsed by wars, economic upheaval and political turmoil, life for people in Uzbekistan stayed largely stable, safe and predictable -- a state of affairs that Karimov's supporters touted as his great achievement.

The people of Uzbekistan associate the huge achievements of the country since independence with President Karimov's name.

President of India Pranab Mukherjee condoled the passing away of Islam Karimov, President of the Republic of Uzbekistan.

In a condolence message addressed to Nigmatilla Yuldashev acting president and chairman of the Senate of Oliy Majlis of Uzbekistan, the President said, ''I am deeply grieved to hear of the sad demise of H E Mr Islam Karimov, President of the Republic of Uzbekistan. I offer my heartfelt condolences to the family members, Government and the people of Uzbekistan.

''Late President Karimov was highly regarded in India. During his visit to India in 2011, our bilateral relationship was upgraded to a strategic partnership. Under his leadership, Uzbekistan made tremendous economic and social progress and ensured safety and security for its people''.