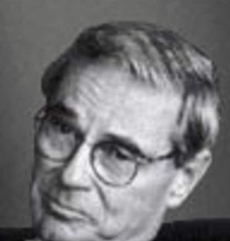 Thomas J Perkins, the man who nurtured Silicon Valley's venture capital industry into a force that later helped foster the growth of companies like Google and Amazon, died on Tuesday night at his home in Marin County, California. He was 84.

His long time assistant, Kathy Daly, said Perkins died after a prolonged illness, which she did not specify.

Perkins co-founded the venture capital firm Kleiner Perkins Caufield & Byers in 1972, at a time when parts of Silicon Valley were still fruit orchards. Perkins and his partners popularized a model of investment that involved putting small amounts of money into promising young start-ups in return for a stake in the companies, giving them advice and counsel to spur their growth.

Some of the investments turned into gigantic hits. Perkins had said that his favourite investment was Genentech, a biotechnology company that has since been acquired by Roche. Over time, Kleiner Perkins - and its home on Sand Hill Road in Menlo Park, California - became a destination for other venture capitalists.

Perkins helped recruit venture capitalists like John Doerr to his firm, leading to investments in a new generation of technology companies, including Netscape, AOL, Amazon and later Google.

The firm's success transformed Silicon Valley and the technology and biotechnology industries, leading to a proliferation of venture firms in the region and creating an ecosystem of investment in start-ups that today remains unrivalled in any other part of the world.

Later in his life, Perkins was embroiled in several controversies. In 1996, he was convicted in France of involuntary manslaughter from a yacht collision. In another, he stepped down from the board of Hewlett-Packard in 2006 after he said the company had used illegal methods to obtain his phone records. The allegations led to the resignation of HP's chairwoman Patricia C Dunn and an overhaul of the board.

He also publicly broke with Kleiner Perkins in 2014 after writing an opinion piece in The Wall Street Journal in which he compared the ''progressive war on the American 1 per cent'' to the persecution of Jews in Nazi Germany. The comments set off a firestorm, and the firm moved to distance itself from Perkins, who later apologized for his language.

David A Kaplan, who wrote a biography of Perkins titled Mine's Bigger: The Extraordinary Tale of the World's Greatest Sailboat and the Silicon Valley Tycoon Who Built It (2007), said in an interview on Thursday that Perkins's ''legacy won't be helped by all the excessive things he said in recent years and the grudges he nursed,'' though he was a ''seminal figure'' for Silicon Valley.

In a statement on Thursday, two other Kleiner Perkins co-founders, Brook Byers and Frank Caufield, said Perkins had ''defined what we know of today as entrepreneurial venture capital by going beyond just funding to helping entrepreneurs realize their visions with operating expertise.''

Perkins was flamboyant with his wealth, though he had said that he was a multi-millionaire and not a billionaire, as many believed. At one point he was an avid collector of Bugatti cars; at another, he commissioned a state-of-the-art 289-foot clipper yacht called the Maltese Falcon, telling the CBS program ''60 Minutes'' in a profile that it had cost at least $150 million and less than $300 million.

That lifestyle was the backdrop to one of several books he wrote, a novel titled Sex and the Single Zillionaire (2006), which featured a yacht on its cover. For the book, Perkins had guidance from the romance novelist Danielle Steel, whom he married in 1998; the marriage ended in divorce. He dedicated the novel to her.

Thomas James Perkins was born on 7 1932, and grew up in White Plains in modest circumstances, attending White Plains High School. His father, Harry, worked for an insurance company, and his mother, Elizabeth, was an occasional seamstress.

He became interested in technology early. In a 2007 autobiography, Valley Boy: The Education of Tom Perkins, he wrote that as a youth he assembled television kits and had planned to be a TV repairman.

Accepted to the Massachusetts Institute of Technology, he studied electrical engineering and computer science, earning his bachelor's degree in both. He later received an MBA from Harvard Business School. After working for a time for Sperry Gyroscope Company in Great Neck, on Long Island, he moved to California, where he worked in the technology industry for a decade.

He joined HP in the 1960s, working for the company's founders, David Packard and William Hewlett. In his autobiography, Perkins wrote that Packard and Hewlett ''were restless and driven men''.

''Their aspirations always reached beyond the present success,'' he added, noting that he had been ''fortunate to have come knocking on their door.''

When Perkins and Eugene Kleiner founded Kleiner Perkins in 1972 (Byers and Caufield joined later), Silicon Valley knew little of venture capital, and the men had the field largely to themselves, investing in fledgling companies like Tandem Computer, Applied Materials and Genentech.

Perkins later stepped away from active venture investing and joined several corporate boards over the years, including Compaq Computer and News Corp. Compaq was purchased by HP in 2002, and Perkins joined HP's board in 2005, not long before its chief executive at the time, Carly Fiorina, was fired. Perkins supported Fiorina's recent run for the Republican presidential nomination.

Before his marriage to romance novelist Danielle Steel, Perkins was married to Gerd Thune-Ellefsen, a Norwegian whom he had met skiing near Lake Tahoe, until her death in 1994. He is survived by two children from that marriage, a son, Tor, and a daughter, Elizabeth.