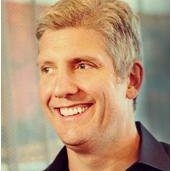 Rick Osterloh, who resigned as Motorola chief last month, has now joined Google where he would lead a new hardware team responsible for Nexus, Chromecast, Glass, and more. Motorola had been part of Google, but was sold to Lenovo in 2014.

Osterloh will join Google as a senior vice president, reporting directly to CEO Sundar Pichai. He will co-ordinate many of Google's scattered hardware projects, including Nexus devices, Chromecast, OnHub, ATAP (eg,Tango and Ara), Glass, and consumer hardware (eg, hromebooks). Osterloh will have nothing to do with hardware that was split off into new Alphabet companies, like Nest, in last year's reorganisation.

Google is not offering any specifics on Osterloh's goals now that he had taken charge of hardware, but, according to commentators, a bit more direction to Google products was desirable.

The move comes as the first instance of Google unifying all of its product lines under one roof, with one leader to boot.

According to commentators, it made sense to have one person handle Google hardware offerings. They say the move made dealing with partners straightforward, and simplified the organisation overall.

Currently the hardware side of the Nexus line is managed by Google senior vice president Hiroshi Lockheimer, who will continue to manage the software side of Nexus, and development of the platform.

Chromecast and Chromecast Audio, which were being overseen by Lockheimer till now, will be Osterloh's responsibility along with the Chromebook series of laptops.

OnHub, a Wi-Fi router focused on streaming and sharing capabilities was part of Alphabet, but now these devices would come under Google and Osterloh's umbrella.

ATAP was a Motorola division in the news for modular smartphone development,  which would be home turf for Osterloh.

Finally, the reshuffle would also see Osterloh take charge of Glass. The product was no longer being sold to consumers but the project was still active for enterprise partners, most notably in the emerging medical technologies field.