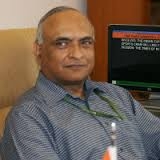 Former defence secretary R K Mathur has been appointed the Chief Information Commissioner (CIC), breaking away from the convention of appointing the head from among the serving information commissioners.

The post had fallen vacant after Vijai Sharma completed his tenure on 1 December.

A total of 33,724 complaints and appeals are pending before the commission, according to official data

Mathur will serve in the post for about three years, till he attains the age of 65.

A retired Indian Administrative Services officer of Tripura cadre,Mathur was appointed the defence secretary for a fixed two-year term on 28 May 2013.

The selection committee for the CIC post was led by Prime Minister Narendra Modi.