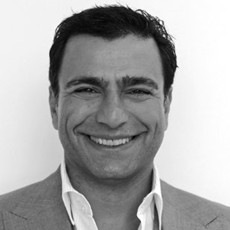 Twitter Inc has lured Google Inc executive Omid Kordestani to take over as its executive chairman, the latest step in the company's turnaround efforts under Jack Dorsey, who last week became the permanent CEO.

According to analysts, the extensive sales experience of Kordestani could prove a good counterpoint to Twitter co-founder Dorsey's product knowledge and vision.

"It's rare you get to be at a company with an amazing business that's also transforming the world," Kordestani tweeted. "I've had good fortune to be at three - Netscape, @google, and now @twitter."

Kordestani, who most recently was senior adviser at Google, is set to join the company's board and will have an operational role at the company, which would include helping with board and employee recruiting and advising the executive leadership, according to a Twitter spokeswoman.

The micro-blogging network said last week it would hire an outsider as chairman to allay concerns about Dorsey's dual role as head of the mobile payments company Square Inc, which he founded and fr which he is planning an IPO.

"It's quite a coup," said James Cordwell, analyst at Atlantic Equities. "He was very well-respected at Google," Bloomberg reported.

Twitter shares, which were down 18 per cent this year, rose 1 per cent in afternoon trading.

Kordestani, a well-respected industry executive, is known for his ability to expand business, more specifically, an ad business. He also has deep connections with the kind of tech and media companies Twitter had been looking to collaborate with.

Kordestani had been at Google since 1999 and has been credited with being at the helm of the  first revenue-generating activities and as the person who brought the company into profit for the first time.

Kordestani, who at the time of writing had tweeted all of 11 times since opening his account in 2012, noted, ''Excited to work with @jack, the Twitter Board, @adambain, @anthonynoto and the rest of the team to grow @twitter's impact and business.''

According to commentators, as someone who held both executive sales as also CEO advisory roles at the search giant, Kordestani will bring much commercial and business experience to Twitter at a crucial time for the company.

That point was also underscored by Google in its official statement about Omid leaving the company.

''We're excited for Omid and very happy for Twitter.  Omid was instrumental in establishing Google's business and helped us develop really close, longstanding partnerships across the industry,'' a spokesperson said. ''We wish him every success in the years ahead.''