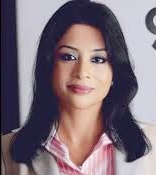 Indrani Mukherjea, the wife of former Star India chief Peter Mukherjea and co-founder of INX network with her husband, was arrested in Mumbai on Tuesday for the murder of her daughter three years ago.

Sheena Bora, who was initially believed to be Indrani Mukherjea's sister but was actually her daughter, was murdered in 2012 and her body was dumped in the forests of Raigad, 84 km from Mumbai. Indrani Mukherjea allegedly helped dispose of the body.

A team of police officers visited her Worli residence on Tuesday and took Indrani into custody. Mukherjea and her driver have both been remanded in police custody till 31 August.

Mukherjea, the founder of 9X Media, was questioned by a team led by Mumbai police chief Rakesh Maria for several hours.

Mukherjea's driver, who was arrested a few days ago on a tip-off, allegedly confessed to his role in the murder and also revealed the role of his employer. He directed the police to the spot where the remains of Sheena Bora's body were found. The remains have been sent for forensic tests.

In two days of questioning, the driver has reportedly told the police that the two women had a property or financial dispute.

The police say no missing person complaint was filed by Mukherjea when her daughter disappeared.

Seeking her remand at Bandra Metropolitan Magistrate's Court, the police said Indrani's arrest was neccessary after they found specific leads showing her allegedly linked to the kidnapping of Sheena and the disposing of her body after setting her ablaze.

The case came to light when a man named Shyam Rai was picked up in a case involving an unidentified pistol. During interrogation, police said, he talked about a charred body buried in Lonavala. ''It was during his interrogation that he revealed his involvement in a 2012 murder (Sheena Bora's) case,'' said a senior official.

Incidentally, a missing person's complaint was filed in May 2012 at the Khar police station after Sheena, who then lived at Union Park Colony, went missing. Around the same time, an Accident Death Report (ADR) was filed at Raigad's Pen Police Station about a woman whose partially charred body was found close to a farm house in Lonavala.

While the case remained an ADR until date, Rai's interrogation led the Mumbai Police to a spot near Tiger Point early this week. ''He (Rai) revealed that he was a driver for Indrani and had helped her murder and dump the body in a field around a farmhouse,'' said a police official.

With Rai as guide, a team of officers reached the location where the body was dumped. ''We connected the dots as we found a body there based on his claims,'' said an officer. ''Her partial skeletal remains were found buried and these have been sent for forensic tests.'' Experts will now assess the remains and conduct DNA tests.

Speaking to The Indian Express over the phone, Peter Mukerjea said he was shocked over the arrest of his wife. ''The police will not make up a case and they would arrest a person only after they have something against her. They told us that she is being taken to a police station in connection with a case,'' he said.

''There was nothing amiss in my wife's conduct and the two shared a very normal relationship like any other siblings. I am shocked to learn about the arrest,'' he said. He said he did not recall details of the missing person's complaint registered in May 2012 for Sheena. He said he didn't know of any farmhouse that Indrani's family owned or visited in Raigad.