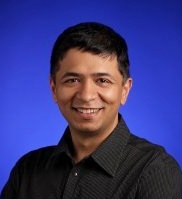 Home-grown online marketplace Flipkart, continuing to be the most aggressive player in the Indian space, on Thursday announced the appointment of Peeyush Ranjan as senior vice president and head of engineering.

He will work closely with Mukesh Bansal, head of Flipkart's commerce platform and leader of its team.

The appointment comes shortly after Punit Soni joined Flipkart as chief product officer. He was a senior product management executive for Google and Motorola.