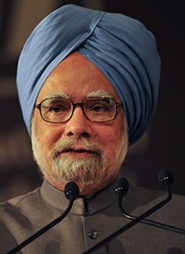 A Central Bureau of Investigation (CBI) court has summoned former Prime Minister Manmohan Singh and Aditya Birla group chairman Kumarmangalam Birla in connection with the allocation of the Talabira-II coal block in Odisha to Hindalco in 2005.

The CBI court ordered the 82-year-old Manmohan Singh, Hindalco chairman Kumarmangalam Birla and another official to appear before the court on 8 April.

The two were summoned over accusations of criminal conspiracy and corruption in the illegal award of the coal field. Manmohan Singh was also in charge of the coal ministry at that time.

Reacting to the summons, Manmohan Singh said he was feeling upset over the court's decision. "I am upset, but this is a part of life. I am sure that the truth will prevail and I will get a chance to put forward my case with facts," the former prime minister told reporters.

It is rare for any ex-premiers in India to be called into court.

Manmohan Singh, who has been elected prime minister twice for his personal integrity and humble lifestyle, has not been charged with any crime but is being investigated for criminal breach of trust, criminal conspiracy, cheating and corruption, a prosecution lawyer said.

The CBI had earlier been accused by the Supreme Court of acting on the wishes of the government for excluding Singh from the investigation.

The ruling BJP said the court's summoning of Manmohan Singh has proved its stand that coal block allocation was done in an opaque manner in collusion with influential corporates.

The Congress and other opposition parties called the summons a backlash against their opposition to Modi's economic agenda, which he wanted to push through in Parliament.

The summons comes on a day when the Congress and other opposition prevented the passage of the mining bill in the Rajya Sabha,  blocking the allocation of mines under the ongoing coal-field auctions.

Environment minister Prakash Javadekar said the issue was a blot on Congress and called on the party to end its opposition to the bill.

"I hope reason will prevail," Javadekar said, but he denied any vendetta or political interference in the judicial process.

A conviction on the charges of criminal breach of trust cold go up to life imprisonment. Manmohan Singh said he was evaluating legal options, which include seeking a stay on the summons from a higher court.

The government is estimate to have lost about Rs2,07,120 crore ($33 billion) in the allocation of coal blocks in 2008, known as `Coalgate', which came to light in 2012 after a the Comptroller and Auditor General of India (CAG) report on the possible losses to the exchequer in the coal block allocations.

Against this, the ongoing auctions of the first 32 blocks have brought in an estimated Rs2,00,845 crore, according to coal secretary Anil Swarup.