Prince Charles' household has earned the nickname ''Wolf Hall'' because of its rivalries, backstabbing and in-fighting, a new biography of the heir-apparent to the British throne says. 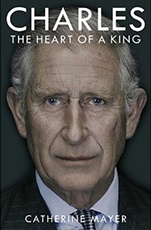 The latest biography of the Prince of Wales, which was not authorised by Clarence House, paints a picture of a household torn apart by turf wars between aides and advisors. Critics say the biography is authoritative and balanced, though far from flattering.

To write the biography titled Charles: Heart of a King, Catherine Mayer, a Time magazine journalist, had access to Prince Charles, his friends, his staff and his critics. She claims to have conducted several interviews with the Prince's inner circle as well as the Prince himself.

''One former householder refers to Clarence House as Wolf Hall, in reference to the treacherous and opportunistic world depicted by Hilary Mantel in her fictionalised account of the rise of Thomas Cromwell under Henry VIII,'' she writes in the book.

Bitter rivalries led to the collapse of a multimillion-pound deal to house the Prince's 15 charities under one roof, costing his estate more than £100,000, the book claims.

While Charles is dubbed ''The Boss'' by staff, it says, he is insecure and identifies more with Baldrick, the downtrodden servant in Blackadder.

Many employees feel disillusioned and ''oppressed'' as they feel their jobs and responsibilities are being usurped by Charles' aides, Mayer claims.

Part of the alleged problem arises from Charles reportedly changing employees' job descriptions, leaving them concerned about other people interfering with their work.

Mayer writes of Charles, ''Apart from his time in the Navy, he has never held a paying job and doesn't understand the anxiety such moves can create.

"No student of management theory, he believes rivalries promote better performance, rather than recognising the glitches and strains which territorial disputes can cause."

She says "Charles hasn't always chosen his sages wisely" and has appointed people who tell him what he wants to hear rather than the truth.

"That factor, combined with his native insecurity, means he doesn't always believe he's earned the praise that comes his way, while criticism has the power to cast him into despair," she added.

The book's publisher claimed it is ''based on exclusive interviews with members of the Prince's inner circle and underpinned by rare direct access to the Prince himself'', including Mayer trailing him for six months.

Clarence House declined to comment on the claims but stressed that the biography was not authorised and the author did not have any exclusive access to Prince Charles or his staff. But critics say those around the future king invited the author in, and cannot now complain as she holds a mirror up to his court.

The book's greatest value will probably be the light it sheds on how Charles intends to behave once destiny calls.

The serialised book suggests the Queen's eldest son wants to continue the work he does now - which includes a focus on the environment and architecture - as well as taking on the role of head of state.

Some in royal circles believe the two are not compatible.

The prince's reign will certainly be different from his mother's; this biography may help us understand just how different it will be.

Earlier biographies too have rarely been kind to the Queen's son, who is said to have been bullied and belittled in public by his uncle the Duke of Edinburgh, while his mother watched without interfering.