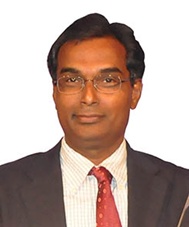 A scientist who has made important contributions to potential drug developments - Dr Srivari Chandrasekhar from the Council of Scientific & Industrial Research (CSIR-IICT), Hyderabad - has won the the Infosys Prize 2014 in Physical Sciences. The award carries a cash prize of Rs55 lakh, a 22-carat gold medal, and a citation.

The President of India will present the award on 5 January in Kolkata. The prize is awarded annually by the Infosys Foundation.

Chandrasekhar's latest contribution is to develop a technology for manufacturing Misoprostal, an abortion drug also used in the treatment of ulcers. He along with his team members had won the CSIR Technology award-2014 for this achievement.

He has also prepared some important drug molecules such as bedaquiline for multi-drug resistant TB, galantamine for Alzheimer's disease, sertraline for treatment of depression, nebivolol for hypertension and marine natural products such as eribulin, azumamide, arenamide and bengazole which are scarce in nature, with potent biological activities.

Chandrasekhar has blended academic research with applications at the industrial and society level to make his research work relevant. He has made contributions in synthesising complex and scarcely available natural products in the laboratory using easily available chemicals. He has over 250 publications in national and international journals.