Twitter Inc has appointed Kevin Weil head of product, expanding his responsibilities and shifting another executive into a different role as part of the change, Bloomberg reported citing a person with knowledge of the matter. 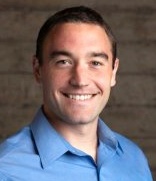 Daniel Graf, who was hired from Google Inc and exercised oversight of consumer product since April, is now assigned a special projects job, the person, according to the person who asked not to be identified as the details are private.

Weil, who earlier was head of revenue product, takes charge as the fifth product head at Twitter in as many years.

The person added that chief executive officer Dick Costolo was working to release new features faster, as Twitter looked to build up its user base and expand its tools for advertisers. The San Francisco-based company had been struggling to build up membership fast enough to satisfy investors, even as revenue increased.

According to Twitter, its number of users increased 23 per cent to 284 million in the third quarter, down from 24 per cent growth in the prior period, even as sales more than doubled to $361.3 million.

Meanwhile, The New York Times reported, that the company said it had named Weil to oversee all of its products - its fourth product chief in just a few years - to speed its sluggish efforts to make its social network easier and more compelling for new users and veterans.

Weil earlier had headed revenue products - essentially advertising, which accounts for nearly all of Twitter's income and was an area where it had been viewed as an agile innovator.

Weil joined the company in 2009, and had become a trusted lieutenant to Dick Costolo, Twitter's chief executive.

The former head of products, Daniel Graf, continued with the product team but was demoted.

Graf, a former Google Maps executive, had been inducted six months ago to replace the previous product chief, Michael Sippey, who in turn took over from Satya Patel.

Twitter had however made only a few public product improvements since then.