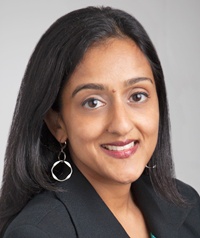 Vanita Gupta, a top lawyer from American Civil Liberties Union, is the first South Asian to hold the post.

President Barack Obama is expected to nominate Gupta to serve as the permanent assistant attorney general of civil rights in the coming months.

Gupta succeeds Molly Moran, who will become principal deputy associate attorney general.
She will take charge at the department on 20 October.

"Even as she has done trailblazing work as a civil rights lawyer, Vanita is also known as a unifier and consensus builder. She has a knack for bridging differences and building coalitions to drive progress," he said.

"I am certain that Vanita will serve as a sound steward of this critical division," Holder added.

Gupta was an attorney for the American Civil Liberties Union's Racial Justice Programme.

Over her career, Gupta has earned a reputation for working closely and collaboratively with law enforcement, departments of corrections and across the political spectrum to advance smart policing and criminal justice reforms, according to her official profile.