Sebi bans Satyam's Raju brothers , 2 others from trade for 14 years

The Securities & Exchange Board of India on Tuesday barred Ramalinga Raju, founder and former chairman of the defunct Satyam Computer Services, from trading in the market for 14 years. 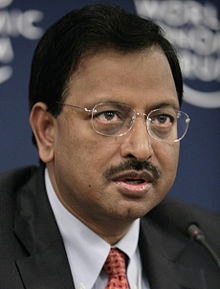 Along with Ramalinga, it also barred four others – his brother B Rama Raju, Vadlamani Srinivas, G Ramakrishna and V S Prabhakara Gupta, all associated with what is known as the Satyam scam.

The market regulator also jointly fined them nearly Rs1,850 crore, plus interest at 9 per cent which will be calculated from January 2009, for ''making unlawful gains''.

In a statement to the Bombay Stock Exchange in January 2009, Ramalinga Raju had admitted to falsifying accounts of his software company for several years (See: Satyam scam: fake invoices, overpaid auditors). Two days after that Raju was arrested.

Subsequently the case was investigated by the Central Bureau of Investigation, and it was widely reported that the scam was worth Rs14,000 crore.

Subsequently the government-appointed a three-member committee  comprising HDFC chairman Deepak Parekh, former NASSCOM chief Kiron Karnik as Chairman and former SEBI board member C Achuthan to oversee the functioning of Satyam Computers in the interim, till a buyer for the beleaguered company could be identified.

Satyam was finally sold through an auction to the Mahindra group's IT arm Tech Mahindra, which edged out L&T Infotech, Investment firm W L Ross & Co and Cognizant Technologies to acquire Satyam in 2009 for Rs 58 per share, representing a 23-pe cent premium to Satyam's last traded price (Tech Mahindra edges out L&T to acquire Satyam).

Last October The Enforcement Directorate (ED) yesterday filed a charge sheet against Satyam Computers founder Ramalinga Raju and 212 others, including some firms, for allegedly laundering funds under a ''corporate veil'' to perpetrate the accounting scam. (ED files chargesheet against Raju, others for alleged funds laundering).