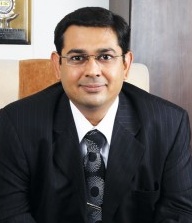 Sunil Kakkad, chairman and managing director of Ahmedabad's Sai Infosystems (India) Ltd (SIS), who went missing along with his family after allegedly siphoning off nearly Rs40 crore in the 12 days to 28 June 2013, has been arrested by interpol and the local police in Liberia.

Kakkad has been arrested in connection with the alleged Rs1,000 crore fraud on lenders, unfolding a Satyam-like saga in Gujarat's top IT company.

Senior officials of the Rs2,000-crore firm have complained to the Ahmedabad Police's Crime Branch and the city police had issued a lookout notice on Kakkad after he duped bankers of approximately Rs1,000 crore in 2013.

Cases have been filed against Kakkad, his brother and director Sameer Kakkad, Prem Behl, also a director, and Baageshree Bhupen Savani, senior manager and PA to CMD of wrongdoings.

Kakkad, along with family, had been missing since June last year after the company failed to pay salaries to its employees and repay its lenders.

Around 1,500 employees of SIS have still not received salaries for the past nine months.

Public sector lender State Bank of India had, in June last year, put up a public notice in various dailies, stating, ''The CMD of SIS Group Shri Sunil S Kakkad, is not contactable and is reported to be missing.''

SBI, which heads a consortium of banks that have lent Rs1,000-1,200 crore to SIS, had warned people against dealing with the assets of SIS and its associate companies.

Sources in the Ahmedabad crime branch said Kakkad will be brought to Ahmedabad in a few days time.

Police sources also said since India does not have an extradition treaty with Liberia, the necessary procedures have to be followed for repatriating Kakkad.

It may be noted that SIS had also received National Telecom Award for Innovation in fixed line for launching video calling services in 2010.