IT pioneer Narendra Patni dies in US following cardiac arrest 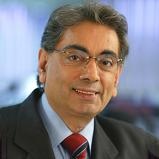 Narendra Patni, the co-founder and former CEO of the erstwhile Patni Computer Systems (PCS) and a pioneer of India's information technology (IT) services revolution, passed away following a cardiac arrest in the US on Tuesday. He was 71.

Patni is survived by wife Poonam and children Anirudh and Ambika.

He was to undergo a surgery in Boston. However, he suffered a cardiac arrest before the surgery, a person close to Patni said. ''The funeral will be held here in Boston at 10 am on Thursday,'' he added.

Patni Computer Services, the company he co-founded with brothers Ashok and Gajendra has now been sold to Nasdaq-listed iGate but Narendra Patni has been and still remains an inspiration to a whole generation of entrepreneurs in the software service business.

''He was a doyen of the industry in the true sense… when we started Mastek in 1982, the Patni story was a beacon light for us,'' said Ashank Desai, founder and chairman of Mastek.

Narendra went to the US in 1964 on a Massachusetts Institute of Technology fellowship and he had made the country his base ever since.

It was Narendra and his wife Poonam who took the first steps towards the offshoring business when they started operations from their US apartment in 1972.

Subsequently, they set up back-office operations in Pune, with 20 people.

In 1978, Narendra started PCS along with brothers Ashok and Gajendra as a reseller of Data General's mini-computers.

PCS then got into writing software solutions for Data General customers. Naren picked up NR Narayana Murthy to head the software division in August 1977. Infosys executive chairman S Gopalakrishnan, Infosys executive vice-chairman and former chairman of the Unique Identification Authority of India Nandan Nilekani were part of his team.

Murthy, in turn, built a software team of six people who went on to become the founders of Infosys.

Narendra was well known for his clout with customers and his business was built on trust. ''I have seen Naren interact with customers and the trust factor was extremely high. That was because of the value he attached to his word,'' said Abhay Havaldar, General Atlantic's advisory director.

''It was not so much about the contract, but it was more about what Naren had committed to the client,'' said Havaldar who was on the board of PCS between 2002 and 2011.

Atul Nishar, chairman of Hexaware Technologies, said Narendra was not only a pioneer of the IT sector, but also one of the finest persons in the industry.

PCS, however, failed to capitalise on the emerging trends in the IT industry in the post Y2K years while other companies like Infosys and TCS focused on growth opportunities in Y2K bug and the ERP implementation areas.

The company was also riddled with disagreements among the promoters.

Finally in 2011, the Patni brothers reached an agreement to sell PCS to US-based iGate.

''He (Narendra Patni) felt immense regret that a smaller company was buying out Patni, because of the circumstances; he wished it was the other way round. Because of the fight between the Patni brothers, he felt he had no choice,'' said Phaneesh Murthy, former chief executive of Nasdaq-listed iGate, who was instrumental in acquiring PCS.