Russi Mody, former chief of Tata Steel and joint chairman and managing director of Air India and the erstwhile Indian Airlines, died in Kolkata, at the age of 95, an official said in Mumbai today. He was married to his first cousin Siloo, who is no more. 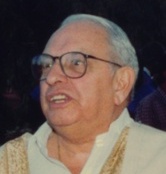 Mody breathed his last at a city hospital near his Alipore bungalow in Kolkata on Friday.

Born in Mumbai on 17 January 1918, Mody was a leading member of the Tata Group and served it in various capacities, which earned him the sobriquet of India's `Steel Man'. He joined Tata Steel in 1939, two years after Ratan Tata was born.

Russi Mody believed that Tata Steel (Tisco) should be engaged in more than mere steel making and hence the ad jingle 'We also make steel.'

But the man who served Tisco for nearly four decades and was credited with laying the foundation for the present day Tata Steel had to leave following differences of opinion with Ratan Tata and JRD Tata. However, they made up a few years later and Mody wrote in a book ''all was forgotten''.

After retiring from Tata Steel in March 1993, the then prime minister of India, P V Narasimha Rao, appointed Mody as joint chairman and managing director of Air India and Indian Airlines.

After quitting the job at the national carriers, Mody even tried his hand at politics and even filed his nomination as an independent candidate in Jharkhand, only to lose.

In his death India has lost a noted industrialist and a giant of a man whose human touch endeared him to many, the Bengal Chamber of Commerce said.

A legend in his lifetime, Rusi Mody was one of India Inc's most famous faces during that era. A keen sportsman, he was behind the setting up of the Tata Football Academy, one of his chief contributions towards the game.

Like the colourful shirts he always wore, Russi Mody was a flamboyant personality. It is said that he once accompanied Albert Einstein in a soiree where Mody played on the piano with Einstein on the violin.

He also used to pilot an aircraft all by himself as he shuttled between Kolkata and Jamshedpur.

Son of Homi Mody, the first governor of the United Provinces, Rusi Mody had the privilege of studying at Harrow and later at Christ Church College, Oxford.

It was Mody's phenomenal human resource skills that saved Tata Steel from labour troubles at a time labour strikes and go-slows were the order of the day in neighbouring communist-controlled West Bengal.