The ruling Biju Janata Dal has retained power in Odisha for the fourth consecutive term with the party securing 102 out of the 147 seats. 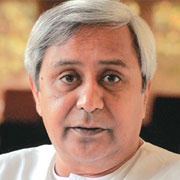 Odisha also seems to have bucked Modi wave as the Naveen Patnaik juggernaut decimated opposition Congress and BJP to a record 4th consecutive win in simultaneous assembly and Lok Sabha polls. BJD seems to be on its way of a landslide victory in 112 of the 147 assembly constituencies and 20 of the 21 Lok Sabha seats, far ahead of rivals Congress and BJP.

Naveen, now in the 14th year of his chief ministership proved political pundits wrong as he bucked anti-incumbency and Modi wave to record wins in more than 3/4th of the 147 assembly seats of Odisha.

Naveen who is all set to create history by becoming the first Odia politician to become chief minister for a consecutive fourth time led his party to a win which very few could anticipate. What seems to have made Naveen's victory sweeter is the impending defeat of his principal bete noire of BJP's Bijoy Mohapatra from Mahakalpara assembly constituency in Kendrapara district.

The Congress party, which is leading in 22 seats, has emerged as the nearest rival followed by BJP in 13 as per available trends.

Chief minister Naveen Patnaik was leading in Hinjili by 15,656 votes while the state president of Congress was trailing and that of BJP was just marginally ahead in the counting.

Odisha Pradesh Congress Committee president Jaydev Jena was trailing by 12,129 votes behind his BJD rival Mayadhar Jena at Anandapur seat, while BJP state president K V Singh Deo is ahead by only 277 votes ahead of his BJD rival and his sister-in-law Prakruti Devi Singh Deo.

Ama Odisha Party leader Soumya Ranjan Patnaik is leading in Khandapada, the Jharkhand Mukti Morcha was leading in two seats, Samata Kranti Dal in one and independents in three seats.