Cipla chairman Yusuf Hamied has called for a pricing mechanism to make essential and life-saving medicines affordable to the common man in India and other developing countries and ridding the pharma industry of drug monopolies. 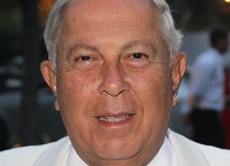 Hamied, who has long battled global pharmaceutical majors to ensure that poor have access to life-saving drugs, said a price control mechanism is required in India for essential medicines sold under a monopoly.

The call comes amidst US firms' allegations of patent norm violations against Indian pharma companies. Hamid said while drug makers should get their due for new drug discoveries, life-saving medicines should not be subjected to monopolistic pricing.

"As a scientist I believe that an inventor or innovator of a new drug should be suitably rewarded, no doubt about that. But then, if the drug is essential it should not be sold under monopoly," the Cipla chairman said.

Hamied, who was speaking at the special screening of documentary Fire in the Blood, said the right to live should not be dependent on the ability to pay.

"The right to live should not be contingent on the ability to pay. Lives cannot be sacrificed at the altar of corporate profit and greed," Hamied said.

"It is important to ensure that essential life saving and vital drugs are available at affordable prices not only in developing countries but worldwide," he added.

Fire in the Blood, which was screened by the ministry of external affairs, depicts mass devastation in poor countries in Africa, Asia and other parts of the world due to obstruction of low cost anti-retroviral drugs used for the treatment of HIV / AIDS.

Hamied also offered to transfer technology to produce drugs to other the developing countries in order to make essential dugs affordable in those countries as well.

On the other hand, the US pharma lobbies are pressuring their government to take action against India as the Indian IPR laws allegedly discriminate against American companies (See: US trade panel launches probe against India).

"I do believe that countries should take up this offer from India to provide technology to the developing world. The multinational companies are however are not interested in this type of transfer of technology to the developing world and therefore I strongly believe that countries should look at India to provide both technology and raw materials that go into the manufacturing of healthcare products," Hamied said.

They also raised concerns regarding issues like compulsory licensing of patented drugs to local companies as in the case of Swiss pharma major Novartis AG losing patent for its blood cancer drug Glivec in India (Novartis loses patent battle in SC over cancer drug Glivet).

Hamied cited Cipla's campaign to fight HIV/AIDS way back in 2000 that has helped to save over 10 million lives in Africa alone.

"The AIDS initiative that Cipla pioneered has approximately saved almost 10 million lives in Africa alone. Today India produces 92 per cent of all the AIDS drugs formulations worldwide, selling them at a price of around $1 billion. The balance 8 per cent made by the MNCs is sold in the developed world for a price of over $16 billion."

He said profitability or monetary gain alone should not be the sole criteria of success of any company or an industry, rather its capacity and capability to contribute to the moral and social wellbeing of society are more important, he added.