Janet Yellen to take charge of US Fed on Monday 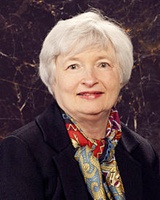 The Fed said the panel had unanimously selected Yellen to replace Bernanke.

She is scheduled to be sworn in as chair of the board of governors of the Federal Reserve System at 9 a.m. EST February 3. She will remain as board vice chair over the weekend, with the authority to exercise all the duties of the chair,'' a Fed release said.

A respected economist, she will be the first woman to lead the century-old Federal Reserve, the world's most powerful central bank. 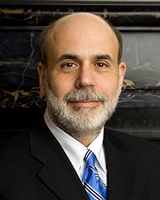 Yellen, who served as vice chair of Fed for the past four years, is expected to follow the policies that Bernanke has laid down, aimed to boost employment as long as inflation is tamed.

Bernanke, who ends his eight-year tenure on Friday, has the distinction of leading the US economy out of the deepest economic crisis since the 1930s.

Yellen will remain as vice chair of the FOMC during the interim period till she is sworn in as chief on 3 February but "with the authority to exercise all the duties of the chair."