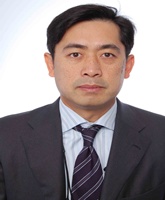 Tata Communications has appointed Tri Pham as chief strategy officer (CSO) with immediate effect. Based in Singapore, Pham will be responsible for strategy formulation and execution, as well as managing all major strategic initiatives including growth plans, entry into new markets and mergers and acquisitions.

Pham will also be a member of the global management committee (GMC).

Pham has over 18 years of experience in the investment banking industry, focusing on the telecommunications, media and technology (TMT) sectors in Asia.

He has advised many of the world's leading info-communications companies and executed some of the largest mergers and acquisitions transactions in the region.

Pham has been running his own consultancy, having moved from HSBC where he was managing director looking after TMT, Asia Pacific, from 2008 to 2011.

He was also an executive director of ABN AMRO Bank from 2004 to 2008 and co-head of TMT, Asia Pacific.Prior to that Pham was a director at Merrill Lynch International from 1994 to 2003, where he was head of South East Asia TMT.

Vinod Kumar, managing director and CEO of Tata Communications, said,: ''I am pleased to welcome Tri to our global team.  His depth of experience and knowledge of the telecommunications, media and technology industries will prove invaluable for our business.''