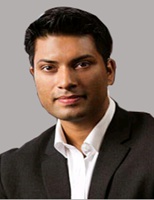 The announcement comes after AirAsia group board formally approved the decision.

"I am pleased to announce that the board of Air Asia India has appointed Mittu Chandilya as CEO AirAsia India," AirAsia group CEO Tony Fernandes tweeted.

Fernandes is expected to meet civil aviation ministry officials, amid reports that the government has raised certain queries on their application seeking official nod to launch AirAsia India operations.

The ministry has also been seeking the names of AirAsia India's top officials, including the CEO and other directors, for mandatory security clearances.

Once the aviation ministry's approval is received, the airline has to move the Director General of Civil Aviation (DGCA), the regulator for the aviation sector, for getting the scheduled operator permit (SOP).

These are routine procedures and civil aviation minister Ajit Singh said he did not expect any problems, although the airline was yet to submit names of its directors and CEO.

Chandilya, 33, was the head of the Asia -Pacific division of global search firm Egon Zehnder International, which focuses on advisory services in aviation, travel and hospitality, among others.

The JV, which will be based out of Chennai, plans to serve Tier 2 cities, mostly in South India.

"Mittu is coming home to change the Indian air-travel sector and make it affordable for all Indians to fly," the AirAsia chief said.

Fernandes had tweeted last month itself: "Selected the CEO for AirAsia India. A very smart boy from the South, Madras. An amazing CV- will impress all."

The government had cleared AirAsia's proposal to invest Rs80.98 crore in Air Asia India in April. The airline has also started selection of ground staff and flight attendants.