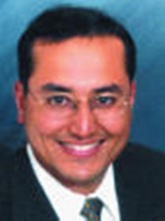 ''About 15 million Indians travel to foreign countries every year, while across the world, the number of people crossing borders are as high as 1 billion,'' Bhatia said, adding, this is the business potential the company is targeting.

The company aims to sell about 1 million cards to Indian travellers over the next two years. The card can be used in multiple countries and multiple local numbers are provided automatically for each country.

Jaxtr has tie-ups with telecom carriers across 200 countries and territories, and the newly-launched card is a travellers' card.

Present regulations don't permit its use in India, though.

Users can optionally maintain a permanent number in a chosen country for a monthly fee, starting from $1 per month.

In addition to calling, texting and browsing, advanced features such as voicemail, voicemail to email and SMS forwarding are included at no additional charge.

Sabeer Bhatia had created the free email service Hotmail along with Jack Smith in July 1996, and sold it off to Microsoft for a whopping $400 million in 1998. The email company was set up at a cost of $300,000.