The Supreme Court today upheld the conviction of Sanjay Dutt for illegal arms possession in connection with 1993 Mumbai blasts case, and sentenced him to five years imprisonment. 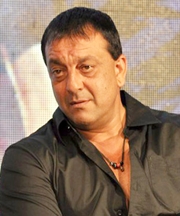 The apex court said it agreed with the TADA (Terrorist and Disruptive Activities) court's decision to acquit him of terrorism charges, but said offences under the Arms Act were clearly made out for possessing and later destroying weapons of prohibited calibre.

Sanjay Dutt, who has already served nearly 18 months in jail, will now have to go to jail and serve the remaining term.

The court also upheld the death penalty on Yakub Memon, brother of underworld don Tiger Memon, who along with the notorious Dawood Ibrahim is said to have masterminded the 12 March 1993 serial blasts that killed 257 people and injured 713.

The apex court further upheld the life terms of 17 convicted by the TADA court and commuted the death sentence of 10 others to life imprisonment.

The Supreme Court said the life term convicts will remain in jail till their death.

The life sentence of Ashrafur Rehman Azimulla reduced to 10 years while that of Imtiyaz Yunusmiya Ghavte to the jail term already served by him.

Dutt meanwhile will not be able to shoot pictures during the remaining three and a half years of prison term, the apex court said.

The court ruled says that in view of the gravity of the crime Sanjay Dutt will not get the probation he had sought. However, Dutt has the option of filing a review petition.

The court has given Sanjay Dutt four weeks' of time to surrender. He was given bail in 2007 and has allowed to go abroad several times.

In its observations on the blast convicts, the court came down heavily on Pakistan. The bench said that Pakistan's complicity in the heinous crime could not be denied.

''The accused were trained in bomb making and to handle sophisticated weapons in Pakistan,'' the court said.

''Management and conspiracy of blasts were done by Dawood Ibrahim and others,'' the court further observed. "Yakub Memon and all absconding accused including Dawood Ibrahim were archers and rest of the accused were arrows in their hands."

It also said that Pakistan's intelligence agency ISI was involved in the Mumbai blasts.

The apex court had heard appeals and cross-appeals filed by and against 100 people who were convicted by the special TADA court in 2006 in the blasts case.

After a marathon 10-month hearing, the Supreme Court had in August 2012 reserved its verdict on appeals and cross-appeals in the case.