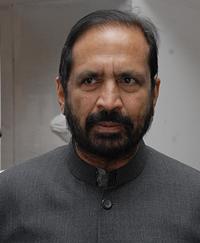 A special CBI court in Delhi today framed charges against sacked Commonwealth Games organising committee chairman Suresh Kalmadi and nine others for allegedly cheating, conspiring and causing a loss of over Rs90 crore to the exchequer in a games-related corruption case.

Special Judge Ravinder Kaur framed charges under various provisions of the Indian Penal Code (IPC) and the Prevention of Corruption (PC) Act against Kalmadi and other accused, including former committee secretary general Lalit Bhanot, in the case.

Controversially, Bhanot continues to be the secretary general of the Indian Olympic Association, which has been derecognised by the International Olympic Committee for alleged irregularities in its method of electing officials.

Besides cheating and criminal conspiracy, the accused have also been charged with offences relating to forgery and use of forged documents as genuine, criminal intimidation, destruction of evidence under the IPC and Section 13 (1)(d) read with Section 13 (2) (criminal misconduct by public servants) of the PC Act.

The court has fixed 20 February for recording of evidence in the case. The judge said that the evidence will be recorded on a day-to-day basis barring Monday and Friday.

The accused were chargesheeted by the Central Bureau of Investigation for "illegally" awarding a contract to install a timing, scoring and results (TSR) system for the 2010 games to Swiss Timing at inflated rates causing a loss of over Rs90 crore to the exchequer.