IT industry body, National Association of Software and Services Companies (Nasscom) has appointed Rajendra S Pawar as the chairman of its executive council for the year 2011-2012. 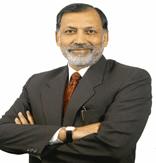 Pawar, the co-founder and chairman of NIIT Technolgies, succeeds Accenture's Harsh Manglik in the role.

The apex body for IT and ITeS industries also announced the appointment of N Chandrasekaran, CEO and managing director, Tata Consultancy Services, as the vice chairman of the executive council.

''Pawar will lead and assist Nasscom in catalysing the growth of the Indian IT-BPO industry and enabling the fulfillment of its future goals and aspirations,'' said Nasscom.

An engineering graduate from the Indian Institute of Technology, Delhi, Pawar had co-promoted NIIT Limited in 1981 and currently serves as its chairman and managing director.

He is also the chairman of NIIT's software and services arm, NIIT Technologies Limited.