The board of Infosys Technologies Ltd would meet on 30 April to decide on a successor to its charismatic chairman and co-founder N R Narayana Murthy and finalise plans for the leadership succession in the company. 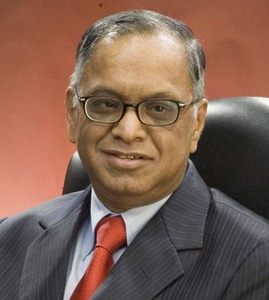 The decision to choose Murthy's successor was taken at a board meeting held to finalise the company's financial results for the last fiscal (2010-11), including the fourth quarter (January-March), the information technology major announced on Friday.

The board has also accepted the resignation of its director T V Mohandas Pai with effect from 11 June after the company's annual general meeting scheduled for the same day. Co-founder and board member K Dinesh also resigned from the company and opted not to seek re-appointment (See: Mohandas Pai, K Dinesh resign from Infosys).

The company has appointed former Microsoft India chairman Ravi Venkatesan as an additional director on the board.

Commenting on the changes and the somewhat negative press the company has received in recent days – it is said to be slipping from its leadership position – Narayana Murthy told CNBC-TV18 in an interview that he is confident of the company's performance.

''Infosys is the only company that gives both top-line and the bottom-line. As long as we meet with the guidance we give, we don't care what people say,'' Murthy said.

He also said the exit of Mohandas Pai is an example of the company's ideology to provide opportunities to youngsters. He further said, ''I had discussed with Mohan about recommendation to the nominations committee but he wanted a bigger canvas that will make a difference to the country. I did not offer him any position since I have no locus standi to offer anybody any position in Infosys.''

Elaborating, he said, ''There is a nominations committee. They go through a due process and then they determine who the best candidate is. It is true that I had discussed with Mohan about his desire, his ambition to be considered for a recommendation to the nominations committee and he said he was not keen on pursuing that alternative and he wanted a bigger canvas.''