India among 5 countries working on Zika vaccine: WHO

More than 30 companies in five countries, including India, the US, France, Brazil and Austria, are working on the development of a new vaccine to fight the zica virus that is fast spreading and currently circulating in 38 countries, the World Health Organisation has said. 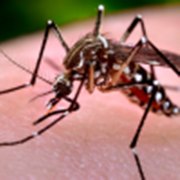 Many of these companies have developed or are carrying out potential new diagnostic tests on the zica virus, WHO director-general Dr Margaret Chan said, adding that a reliable, point-of-care diagnostic test is the most urgent priority.

For vaccines, 23 projects are being worked on by 14 vaccine developers in the US, France, Brazil, India, and Austria. As the vaccine will be used to protect pregnant women or women of child-bearing age, it must meet an extremely high standard of safety, WHO director-general Dr Margaret Chan, pointed out.

WHO estimates that at least some of the projects will move into clinical trials before the end of this year, but several years may be needed before a fully tested and licensed vaccine is ready for use.

Several scientists have warned that the first explosive wave of spread may be over before a vaccine is available. However, all agree that development of a vaccine is imperative since more than half of the world's population lives in an area where the Aedes aegypti mosquito is present.

During the meeting on mosquito control, WHO experts concluded that well-implemented control programmes using existing tools and strategies are effective in reducing the transmission of Aedes-borne diseases, including Zika. However, they also identified a number or challenges in implementing these tools.

The experts evaluated the potential impact of five new tools for mosquito control, although none was judged ready for full-scale implementation.

While investigations of all five should continue, the experts recommended carefully planned pilot deployment of two: namely, microbial control, using Wolbachia bacteria, of human pathogens in adult mosquitoes, and the use of genetic manipulation to reduce mosquito populations.

Since the first cases were reported from Brazil in July, WHO said every reported increase in cases of Guillain-Barré syndrome (zica viral infection) was followed by an unusual increase in microcephaly among newborns, reported to WHO in late October.

The association with Guillain-Barré syndrome and other severe disorders of the central nervous system has expanded the risk group well beyond women of child-bearing age, Chan pointed out.

We now know that sexual transmission of the virus occurs.

In less than a year, the status of Zika has changed from a mild medical curiosity to a disease with severe public health implications.

WHO said a pattern has now emerged in which initial detection of virus circulation is followed, within about three weeks, by an unusual increase in cases of Guillain-Barré syndrome.

Detection of microcephaly and other fetal malformations comes later, as pregnancies of infected women come to term.

In the current outbreak, Brazil and Panama have reported microcephaly. Colombia is investigating several cases of microcephaly for a possible link to Zika. In other countries and territories, the virus has not been circulating long enough for pregnancies to come to term. A WHO team is currently in Cabo Verde to investigate the country's first reported case of microcephaly.

To date, 12 countries and territories have now reported an increased incidence of Guillain-Barré syndrome or laboratory confirmation of Zika infection among GBS cases.

The virus is currently circulating in 38 countries and territories. On present knowledge, no one can predict whether the virus will spread to other parts of the world and cause a similar pattern of fetal malformations and neurological disorders.

If this pattern is confirmed beyond Latin America and the Caribbean, the world will face a severe public health crisis.