The International Monetary Fund (IMF) has slashed India's FY20 GDP growth forecast by 90 bps to 6.1 per cent. The Indian economy is expected to pick up momentum, growing at 7 per cent in 2020, the IMF has projected in its latest World Economic outlook report. 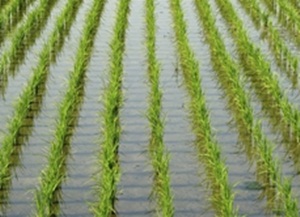 IMF also lowered India's FY21 GDP growth forecast by 20 bps to 7.2 per cent.
Growth in India will be supported by lag effect of monetary policy easing, a reduction in corporate income tax rates, says IMF said in its bi-annual World Economic Outlook.
While growth projection within India is darker, the IMF said when viewed globally, India’s picture seems brighter despite the slowdown.
‘The global economy is in a synchronised slowdown and we are, once again, downgrading growth for 2019 to 3 per cent, its slowest pace since the global financial crisis,” says IMF chief economist Gita Gopinath.
Global growth is constrained by rising trade barriers and increasing geopolitical tensions. IMF estimates that the US-China trade tensions alone will cumulatively reduce the level of global GDP by 0.8 per cent by 2020. Growth is also being weighed down by country-specific factors in several emerging market economies, and by structural forces, such as low productivity growth and aging demographics in advanced economies.
In the latest World Economic Outlook, IMF has projected a modest improvement in global growth to 3.4 per cent in 2020, another downward revision of 0.2 per cent from its April projections. However, unlike the synchronised slowdown, this recovery is not broad-based and remains precarious, IMF pointed out.
IMF attributes the weakness in global economic growth to a sharp deterioration in manufacturing activity and global trade, with higher tariffs and prolonged trade policy uncertainty damaging investment and demand for capital goods. In addition, the automobile industry is contracting owing also to a variety of factors, such as disruptions from new emission standards in the euro area and China that have had durable effects.
Overall, trade volume growth in the first half of 2019 has fallen to 1 per cent, the weakest level since 2012.
In contrast to extremely weak manufacturing and trade, the services sector continues to hold up almost across the globe. This has kept labor markets buoyant and wage growth and consumption spending healthy in advanced economies, IMF stated. There are, however, some initial signs of softening in the services sector in the United States and euro area, it added.
Monetary policy has played a significant role in supporting growth. In the absence of inflationary pressures and facing weakening activity, major central banks have appropriately eased to reduce downside risks to growth and to prevent de-anchoring of inflation expectations. IMF said in the absence of such monetary stimulus, global growth would be lower by 0.5 percentage points in both 2019 and 2020.
Advanced economies continue to slow towards their lower long-term potential. Growth has been downgraded to 1.7 per cent for 2019 (compared to 2.3 per cent in 2018) and it is projected to stay at this level in 2020. Strong labor market conditions and policy stimulus are helping to offset the negative impact from weaker external demand for these economies, the report added.
IMF said growth in emerging market and developing economies has also been revised down to 3.9 per cent for 2019 (compared to 4.5 per cent in 2018) owing in part to trade and domestic policy uncertainties, and to a structural slowdown in China.
The uptick in global growth for 2020 will be driven by emerging market and developing economies that are projected to experience a growth rebound to 4.6 per cent. About half of this rebound is driven by recoveries or shallower recessions in stressed emerging markets, such as Argentina, Iran, and Turkey, and the rest by recoveries in countries where growth slowed significantly in 2019 relative to 2018, such as Brazil, India, Mexico, Russia, and Saudi Arabia. There is, however, considerable uncertainty surrounding these recoveries, especially when major economies like the United States, Japan, and China are expected to slow further into 2020.
In addition, IMF said, heightened trade and geopolitical tensions, including Brexit-related risks, could further disrupt economic activity, and derail an already fragile recovery in emerging market economies and the euro area. This could lead to an abrupt shift in risk sentiment, financial disruptions, and a reversal in capital flows to emerging market economies. In advanced economies, low inflation could become entrenched and constrain monetary policy space further into the future, limiting its effectiveness.
To rejuvenate growth, policymakers must undo the trade barriers put in place with durable agreements, rein in geopolitical tensions, and reduce domestic policy uncertainty. Such actions can help boost confidence and reinvigorate investment, manufacturing, and trade, the report said.
At 3 per cent growth, there is no room for policy mistakes and an urgent need for policymakers to support growth. The global trading system needs to be improved, not abandoned. Countries need to work together because multilateralism remains the only solution to tackling major issues, such as risks from climate change, cybersecurity risks, tax avoidance and tax evasion, and the opportunities and challenges of emerging financial technologies, it added.
MORE REPORTS