The Indian economy is expected to grow at a slower pace of 7.3 per cent in the current financial year 2019-20, according to the latest estimates of the International Monetary Fund (IMF). The global financier, which had earlier projected a growth rate of 7.5 per cent, on Tuesday said the Indian economy has since lost some momentum. 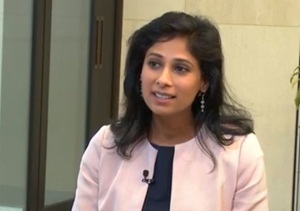 The IMF forecast a 20 basis point decline in growth rate in FY21 as well, compared to the earlier projection. The downward revision in India’s growth rate follows similar action by Reserve Bank of India (RBI) and the Asian Development Bank (ADB).
Both the ADB and the RBI last week cut their 2019-20 growth projection for India citing rising risks to global economic activity as well as weakening domestic investment activity.
“In India, growth is projected to pick up to 7.3 per cent in 2019 and 7.5 per cent in 2020, supported by the continued recovery of investment and robust consumption amid a more expansionary stance of monetary policy and some expected impetus from fiscal policy. Nevertheless, reflecting the recent revision to the national account statistics that indicated somewhat softer underlying momentum, growth forecasts have been revised downward compared with the October 2018 WEO by 0.1 percentage point for 2019 and 0.2 percentage point for 2020, respectively," IMF said in its latest World Economic Outlook.
When compared to its more recent update of the World Economic Outlook released in January, the downward revision in India’s growth forecasts is 20 basis points each in 2019-20 and 2020-21.
The Indian economy decelerated to a five-quarter low growth rate of 6.6 per cent in the December quarter, which led to the Central Statistics Office trimming its 2018-19 forecast to 7 per cent from 7.2 per cent estimated earlier.
IMF said India has been implementing structural and financial sector reforms with efforts to reduce public debt, which is essential to securing the economy’s growth prospects. “In the near term, continued fiscal consolidation is needed to bring down India’s elevated public debt. This should be supported by strengthening goods and services tax (GST) compliance and further reducing subsidies," it added.
The report emphasised on enhancing governance of public sector banks and changes in hiring and firing rules, which will help incentivise job creation and benefit from the country’s large demographic dividend. “Efforts should also be to enhance land reform to facilitate and expedite infrastructure development," it added.
The IMF also commended the government for taking important steps to strengthen financial sector balance sheets, including through accelerated resolution of non-performing assets (NPAs) under a simplified bankruptcy framework. “These efforts should be reinforced by enhancing governance of public sector banks. Reforms to hiring and dismissal regulations would help incentivise job creation and absorb the country’s large demographic dividend," it added.
The IMF also cut down its global growth forecast for 2019 by 20 basis points to 3.3 per cent with downside risks, blaming rising trade tensions between the US and China, loss of momentum in Europe and uncertainty surrounding Brexit. It, however, increased China’s GDP growth forecast marginally by 10 basis points to 6.3 per cent for 2019.
Amid waning global growth momentum and limited policy space to combat downturns, avoiding policy missteps that could harm economic activity needs to be the main priority. “Macroeconomic and financial policy should aim to prevent further deceleration where output could fall below potential and facilitate a soft landing where policy support needs to be withdrawn,” the report pointed out.
At the national level, this requires monetary policy to ensure that inflation remains on track toward the central bank’s target (or if it is close to target, that it stabilizes there) and that inflation expectations remain anchored.
At the multilateral level, the main priority is for countries to resolve trade disagreements cooperatively, without raising distortionary barriers that would further destabilise a slowing global economy, it added.
MORE REPORTS